When to Get an Attorney for a Car Accident

Drivers involved in car accidents should hire an experienced attorney if they want to maximize their settlement, don’t have the time to pursue a settlement or simply want peace of mind.

They can involve a polite exchange of insurance information and cell phone numbers, or the screaming sirens of first responders rescuing drivers and passengers in need of life-saving medical attention.

Whether victims should hire an experienced attorney to file a claim or personal injury lawsuit depends on several factors that go beyond the severity of the accident and the extent of injuries suffered.

A question almost as important as whether to hire a car accident attorney is when to hire one?

Only if efforts to settle a claim run smack into a contentious insurance company?

Or only when the cost of hiring an attorney won’t leave you with less money in a settlement than what you could’ve negotiated yourself?

Certainly, the more complicated the process of collecting damages in a car accident settlement is, the more likely you are to benefit from hiring an attorney, even if you think you can do it yourself after binge-watching six seasons of “Better Call Saul.”

“You have the luxury in personal injury cases of not having to spend a dime of your own money, at least not upfront,” Adam Rosenblum, founding attorney at Rosenblum Law, said. “So, there’s no reason not to hire somebody early on. Except perhaps some indecisiveness in terms of which lawyer to choose.”

Signs You Should Hire a Lawyer After a Car Accident

Free consultations with accident attorneys certainly help personal injury law firms grow their business. If they didn’t, there wouldn’t be so many TV commercials, radio spots and highway billboards promising the kind of easy resolutions that might make people wary.

But free consultations work as well for people who typically need information and advice about whether they should pursue a claim themselves or might be overmatched in negotiations with insurance adjusters who settle claims for a living.

“In an accident involving minor injuries and property damage, I do not think a lawyer would ever be required, and frankly, most lawyers would shy away from such cases because there is little to no money to be made,” said Andrew J. Barovick, medical malpractice and personal injury lawyer at Sandra Radna Law in Melville, New York.

There are some scenarios that make hiring an attorney a reasonable step following a car accident:

1. You Were Injured in a Crash

Personal injury commercials and radio spots usually start here, for good reason. Injuries mean immediate medical costs and raise the possibility of long-range treatment and even future surgeries. Good accident attorneys know how to negotiate with difficult insurance adjusters. You get one crack at settling pain and suffering damages resulting from a serious accident.

Comparative negligence laws in your state might limit your claim by the percent you were deemed liable for an accident. Accident attorneys skilled in gathering eyewitnesses/police reports/scene-of-the-accident evidence can bolster your case regarding fault.

3. The Insurance Company Is Not Cooperating

Accident attorneys advise people handling their own claim not to take the first settlement offer from an insurance company. The insurance company’s low-ball strategy is as much a part of the game as its habit of dragging out the process.

4. You’re Attempting to Negotiate a Settlement

The job of insurance adjusters is to pay out as little as possible. Good accident attorneys know how to negotiate from positions of strength you might not even know you have.

“The harder you make the insurance company work, the more you can prove to them you’re willing to show up in court and be super prepared and present an absolutely ironclad case,” Rosenblum said.

Filing for lost wage compensation after a car accident is an option. Some cases involving more severe injuries and the prospect of months of missed work can require informed and persistent counsel to ensure you don’t shortchange yourself.

6. You Are Uninsured or Underinsured

No pay, no play laws vary from state to state and limit what uninsured drivers can recover in an accident. If you’re uninsured and you caused an accident, you’re subject to serious penalties. In that case, you could use all the legal help you can find.

7. The Statute of Limitations Is Running Out

The deadline for filing a claim and/or pursuing a lawsuit varies from state to state. Two years is a typical time frame. Sounds like a lot of time. Just know claims can take a while and insurance companies have little incentive to meet you halfway or in a reasonable amount of time. Once the statute of limitations for car accidents passes, you forfeit your opportunity to file a claim or bring a lawsuit.

Different insurance companies. Different policies. The process of getting a settlement or filing a lawsuit is laborious enough with two parties. More is not merrier in personal injury claims.

Vehicle technology is becoming more advanced. Questions of liability in accidents involving self-driving and driver-assisted cars may still rest primarily with the driver in many states but negotiating manufacturer liability is often above the pay grade of drivers pursuing a settlement without legal help.

10. You Sustained Injuries as a Passenger

Passengers in a car accident have the right to file a claim against both the driver of the car you were in and the driver of the other car. Some people are reluctant to file a claim against a friend or family member, but you need to protect your interest and make sure an accident you had nothing to do with, doesn’t end up costing you in medical costs or pain and suffering.

Pros and Cons of Hiring a Car Accident Attorney

The focus of many car accident victims is to return to normal life as soon as possible. Pursuing a complicated claim on your own is a time-consuming task that requires preparation and persistence.

If you have the time, inclination and patience you can settle a car accident claim on your own. Doing as much research as possible on the necessary steps and the typical time frame is highly recommended for a process that Rosenblum describes as “not for the faint of heart.”

There are several reasons why many drivers involved in accidents turn their case over to an experienced attorney:

Once you accept such a settlement, you sign a release absolving the insurance company from any further compensation.

There could be disincentives to hiring a car accident attorney in some cases:

Barovick: “Many consumers are unfamiliar with the legal process and may think that hiring a lawyer will “cost them more in the long run. But that is not accurate. In fact, the opposite is true. If you have been seriously injured as a result of someone else’s negligence, 99.9% of the time, you are going to do much better with a lawyer than without one in terms of obtaining compensation from an insurance company.

“And a client of a personal injury lawyer does not pay anything to the lawyer until and unless that lawyer is able to get that compensation for them.”

How Soon After a Car Accident Should You Get an Attorney

Finding a reputable attorney and scheduling a free consultation should happen immediately. You may think you covered your bases by collecting information and taking pictures at the scene of the accident, but the settlement claim process asks a lot of the person filing it, especially if you’ve never done it before.

The preliminary phone call can help you decide how much help you need. If it’s substantial, hiring an attorney while you’re still sorting out medical needs. and while the police report and eyewitness testimony is readily available, can make the process less labor-intensive.

If you’re months removed from an accident and just then deciding to file a claim, some lawyers might turn down your case out of statute of limitations concerns.

The sooner you hire an attorney for a car accident involving serious injury and/or lost wages, the smarter.

Why You Need a Car Accident Lawyer

An insurance company handling your claim after a serious car accident can be like a NFL running back with a full head of steam. Tough to deal with doesn’t quite describe it.

Insurance companies use data from software to low-ball claimants. They often raise questions about your own liability, pushing the case that you’re partly responsible for what happened. Every added percentage point of liability is used to downgrade your claim.

Insurance companies negotiate based not only on whether you have legal representation, but they sometimes offer increased settlements based on the success rate of the lawyer you hire.

Good car accident attorneys know how to build a strong case and can be your point man with insurance adjusters and lawyers representing other involved drivers.

They can help gather evidence, work with doctors who sometimes fail to include the proper terminology in medical records and lean on insurance companies who think it’s in their best interest to delay serious negotiations in hopes you’ll settle quickly (and for less than you really want.)

Accident attorneys can help prepare a demand letter, which lays out details of the accident and required medical treatment. The demand letter is the negotiations opener and early evidence an insurance adjuster looks at in determining the strength of a claim.

You can pursue a settlement yourself, even go to court yourself (though that’s definitely not recommended unless you have a legal background.)

The steps and strategies for a successful resolution are a click away online. But seeing a claim through to a satisfying end can be especially hard when it’s you against the insurance company.

It’s even harder to put a price tag on peace of mind. 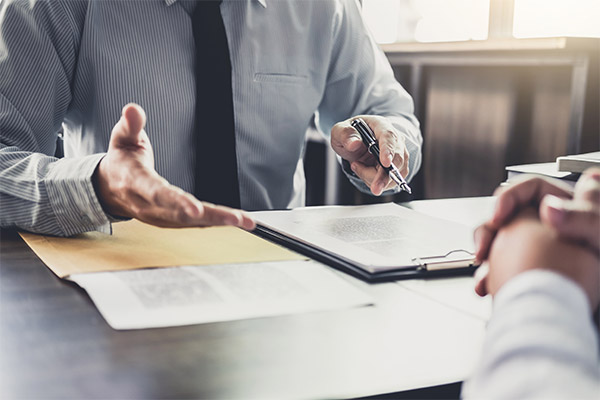