Filing for Lost Wages After a Car Accident Injury

Workers sidelined as a result of injuries suffered in a traffic crash can recover lost wages by filing claims with insurance companies. But the process can be a thorny thicket, and maximizing your recovery in the shortest time likely will involve hiring a lawyer.

Beyond achieving a successful physical recovery, the most pressing concern for someone seriously injured in a traffic crash is: How will I make ends meet while I’m off the job?

These questions, while intensely personal, are ultimately legal ones — one that almost certainly will involve lawyers, possibly even a courtroom.

The shortest, best (and admittedly least satisfying) answer to all of the above is … it depends.

Generally, however, the answer also is, yes: Lost wage compensation for injuries you did not cause is a routine clause in most automobile insurance policies. To claim the recovery, however, involves filing a personal injury claim. And that can take a while to process.

For immediate relief, says Sarah Raaymakers, of Tampa Bay-area based Philips and Raaymakers, look to your own resources: short- or long-term disability insurance, for instance, and your personal injury protection (PIP).

“Those a great things if you have them,” Raaymakers says, “because … they pay immediately.” Attempting to recover from the at-fault party’s insurance can be complicated and time-consuming (which is probably why you don’t want to go it alone).

Those who are freelancers, independent contractors, sole proprietors or otherwise are self-employed are eligible for lost-inc ome compensation. Caveat: Proof of what you would have earned must be presented. Acceptable forms of proof include invoices from the same period during the previous year. Lost tips and other non-salary benefits can be claimed by presenting reliable evidence.

“The most important thing is showing a track record of consistent earnings before the injury, and then showing how that was diminished after,” says Atlanta-based personal injury attorney Darl Champion. “If you do not have good documentation, it can be particularly difficult to claim lost wages if you are self-employed.”

How much of your lost wages you can recover varies by state. Florida — a no-fault state — requires personal injury protection (PIP), which pays its customer 60% of lost wages without respect to who was at fault. Motorists can sue the at-fault driver for the balance of their economic damages, typically paid by bodily injury liability coverage.

How Do You Claim Lost Wages from a Car Accident?

Making a claim for lost wages/income in a car accident is relatively straightforward, and consists of three options (which can be pursued individually or in combination).

Caution: It may sound counterintuitive, especially if you’re financially squeezed, but experts recommend waiting until you are near the end of, or have completed, your medical treatment before filing a claim.

“In no-fault states,” Champion says, “there will be specific procedures to follow for lost wage claims. In other states, it is generally going to be best to wait until you are done with medical treatment to send the settlement demand.

“For example, if you send the settlement demand early in the process and you release the defendant, you cannot go back later and ask for more money.”

Get a solid understanding of what’s covered under the pertinent policies before filing your lost-wages claim. Your financial recovery probably will hinge on the types of coverage available.

Be careful, methodical, meticulous, and thorough. Your claim should include detailed, accurate statements about your lost wages; failure to be complete or accurate can cause your lost wages claim to be denied.

“Unfortunately, insurers do not always do the right thing and they will frequently dispute lost wage claims for a variety of reasons. If that happens, filing a lawsuit may be necessary. Ultimately, a jury would be the decision-maker in determining how much lost wages you are awarded, if any.”

Moreover, lost wages can include a claim regarding your ability to continue in the same line of work. If a permanent impairment resulting from the crash prevents you from continuing to do your job, or reduces your ability to earn, your compensation can — most likely will — expand to include lost earning capacity. 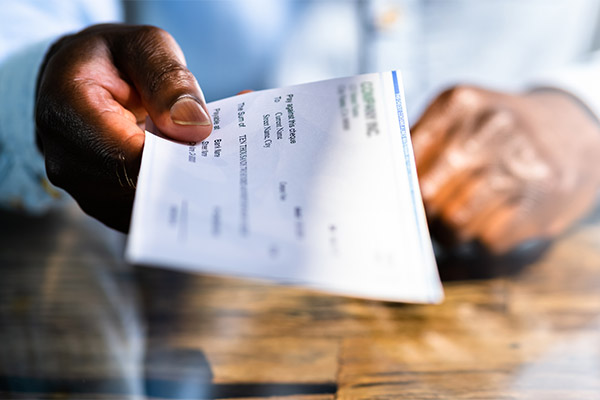