What Does No Pay, No Play Mean?

No Pay, No Play laws in several states are aimed at punishing uninsured drivers by prohibiting them, with exceptions for DUI or reckless intent, from collecting non-economic damages in car accidents settlements.

“No Pay, No Play” sounds like a leveraged ultimatum from an athlete refusing to show up to training camp.

A more practical application can be found on the nation’s roads and highways.

No Pay, No Play is a law on the books in some U.S. states aimed at prohibiting uninsured drivers from collecting certain kinds of damages from at-fault insured drivers.

In theory, the leverage in No Pay, No Play cases belong to the responsible driver who pays for insurance over those who don’t purchase insurance.

“While No pay, No play is the best solution we have to punish uninsured owners of vehicles, it does not seem to have had much of an impact,” Robert Maider, a partner with Birkhold & Maider, LLC in  New Jersey, said. “Unfortunately, people don’t know that No Pay, No Play exists until after they are in the accident, so it does not (typically) have an impact until it is too late.”

How Do No Pay, No Play Laws Work?

Most states have compulsory laws requiring drivers to carry automobile insurance. That doesn’t mean all drivers do so.

No Pay, No Play laws are an extra incentive to carry insurance because they restrict the type of compensation uninsured drivers can seek when injured in a car accident.

An injured uninsured driver involved in an accident that wasn’t their fault can only recover economic damages (medical and property.) They are typically barred from collecting non-economic damages such as pain and suffering.

No Pay, No Play laws vary state-to-state, with some flatly limiting economic damages available to uninsured drivers while others make an exception if the at-fault insured driver was operating a vehicle under the influence or showed reckless intent to injure.

States with No Pay, No Play Laws

Michigan’s latest ad campaign is “Pure Michigan.” In the case of No Pay, No Play laws, Michigan qualifies as having the purest form of the law. It basically states that if you are driving uninsured, you are not eligible for damages in a car accident, regardless of fault.

Why Are States Adopting No Pay, No Play Laws?

But are No Pay, No Play laws a legitimate deterrent? Are they working as intended? Robert Maider, who practices law in New Jersey, doesn’t think so.

Maider recommends that insured drivers make sure their policies provide maximum coverage for medical benefits (PIP) as well as maximum uninsured motorist bodily injury coverage so they can seek damages from their own insurance company if the other vehicle was uninsured.

He also has advice for uninsured drivers that speaks to the intent of No Pay, No Play.

“Driving uninsured carries great risk,” Maider said. “First and foremost, if you own a vehicle, and drive it without insurance, you are unable to bring a claim for damages in states with No Pay, No Play.

“This means that if you sustain life-altering injuries, requiring medical treatment for the remainder of your life, there will be no auto insurance to cover either your medical expenses or any available “settlement money” to compensate you for your injuries, even if you were not at fault for the accident.

“Second, if you are at fault for an accident while uninsured, the other party could seek a judgment against you that could have serious financial repercussions, including the garnishment of wages or liens being placed on property.”

If that’s not reason enough to carry car insurance, No Pay, No Play offers another. 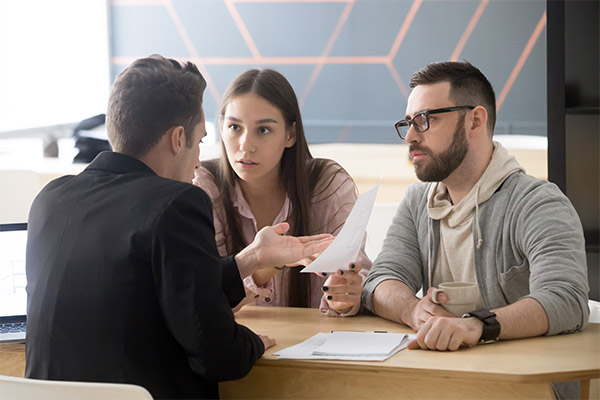