What Are Your Rights as a Passenger Injured in a Car Accident?

Being a passenger injured in a car accident is the definition of an innocent victim.

But don't let that blame-free status lull you into being a passive bystander when it comes to establishing driver fault and compensation for medical expenses and property damage.

To ensure any pain and suffering doesn’t include being on the hook financially for an accident you played no role in causing, you’ll need to understand your best options for filing an insurance claim and – when possible – what you can do at the scene of an accident to expedite that claim.

Passengers injured in car accidents have different options if they’re in a no-fault state or at-fault state. Some accidents are further complicated by multiple-car and multiple-passenger involvement.

So, a smart first step is often a free consultation with an experienced accident attorney who can provide guidance about which insurance company (your driver’s, the other driver’s or your own) is most likely to cover your medical costs and other expenses.

An attorney also can advise you on how to protect yourself if the insurance claim process becomes contentious, and it might!

What to Do As a Passenger after an Accident

If you’re a passenger in an accident, don’t assume your injuries or loss of property is automatically covered in full under the policies of the drivers involved.

Take the same steps to establish fault and support your claim immediately after a car accident as you would if you were driving the car.

Claim Options as a Passenger

The best option for you in making a claim will depend on certain factors:

Chances are a combination of these factors will determine your best option.

Filing a Claim with Your Driver

If you’re injured in a car accident as a passenger this could be your first step – especially if the driver of the car you’re in has insurance coverage in a no-fault state. You would typically be covered under the personal injury protection (PIP) coverage mandatory in those states.

It may still be your best option in an at-fault state, depending on who’s to blame for the accident.

Note: You might be reluctant to file a claim that could result in a friend or co-worker who was behind the wheel seeing an even bigger spike in insurance rates.

But your top priority it to protect your interests and financial liability. You’re not taking money out of their pockets. Your compensation is coming from their insurance company and it’s for legitimate bodily injury or property damages.

Keep in mind that if you’re injured in an accident while riding in a car driven by a family member you live with, you’re likely already covered. And you can’t file a separate claim against the same insurance policy.

Filing a Claim with the Other Driver

Another reason it’s important to get the insurance information of each driver at the scene is that your best option might be to file a claim against the driver of the other car.

That would certainly be the case if you’re in an at-fault state and the clear blame – or highest percentage of the blame – is on the other driver of the car involved in the accident.

Just know the other driver might not carry enough insurance to satisfy your claim. In the case of an accident where the fault is contested – or a multi-car accident – you might encounter a logistical hassle that makes filing with the other driver(s) insurance company or companies problematic.

It could take months to sort out an accident where fault is particularly unclear or contested. It’s another reason why you might consider an accident attorney experienced in dealing with multiple or particularly contentious insurance adjusters.

Filing a Claim with Your Personal Car Insurance

Just because you file a claim with your driver’s insurance or the other driver’s company, doesn’t mean you can count on full reimbursement for medical expenses or property damage. Much depends on the limits of those policies and the number of claims against them.

The insurance of the person who was at fault, or most at fault for the accident, typically pays for your damages.

But in some cases – if the other driver doesn’t have insurance or ample insurance to pay for your losses – you might file a claim under your own insurance policy.

Filing a claim with your own insurance company might be your best option if you need quick payment to cover your medical expenses. This coverage is often known as “med pay.” Since it isn’t dependent on establishing fault, it’s often processed much faster than third-party (other insurance companies) claims.

Keep in mind that you may need to repay the amount covered if you later receive compensation from the insurance companies whose drivers were involved in the accident.

Passenger Claims with Multiple Cars Involved in the Accident

What was likely an already tedious process – trying to get compensated for bodily injury or property loss as a passenger in a two–car accident – can be far more challenging when multiple cars (and multiple claims) are involved.

Fault is often a more simple determination in a single-car or two-car accident, especially if the latter involves a rear-end or left-turn collision.

It’s a more complicated determination when multiple cars are involved and requires that you understand your best option in filing a claim to bring fair and quick (as possible) compensation. These accidents are more difficult to settle out of court.

The number of claims filed against the same insurance company will almost certainly reduce the compensation award for each claimant.

If the total value of claims filed exceeds the insurance coverage a driver or drivers carry – and that’s often the case in multi-vehicle accidents or accidents involving multiple victims of injury – passengers may then feel they have no choice other than filing a lawsuit to recover damages or find other means of compensation already mentioned.

Again, calling an accident attorney for a free consultation can help you decide the best options for protecting your interests.

More and more people are using Uber and Lyft to get around, so it’s important to know your rights if you’re a passenger traveling with a rideshare driver.

Many rideshare drivers won’t have a commercial or personal car insurance policy that will cover passenger injuries. Fortunately, Uber and Lyft do carry third-party liability insurance coverage. You’d typically be covered under those policies if the rideshare driver is at fault in the accident.

If fault lies with the other driver, you would  file your claim against that driver’s insurance company. Beyond that, things can (and do) get complicated.

In any case, but especially in accidents involving multiple claims and complications, calling an accident attorney for a free consultation can help you decide on the most smartest option. 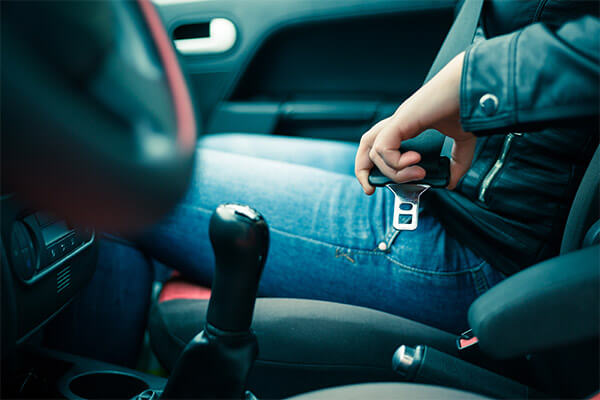 Home » Car Accident » FAQs » What Are Your Rights as a Passenger Injured in a Car Accident?