What Does Comparative Negligence Mean?

Comparative negligence laws on the books in each state help determine if you can collect damages from a car accident, and how much you might collect from the other party.

Like success or failure in the sports arena, car accidents in many cases are a matter of inches.

As for determining fault in a car accident, that’s just as often a matter of percentages.

The thoughts racing through your mind after a car accident start with the obvious concerns: whether anyone is hurt, the extent of the damage and who’s at fault.

Only later do drivers understand how state laws addressing the concept of fault affect car accident claims and the payouts they might receive after an accident.

The operative term you must understand, is “comparative negligence.”

Comparative negligence is a means to determine fault. In a car accident scenario, it allows you and the other driver to share the cost of damages in proportion to respective shares of negligence.

In theory, it’s simple. In practice, it can be confusing.

For instance, a comparative negligence law applied to an accident in one state can leave a driver no recourse for compensation, while the law in another state compensates each driver for the other’s negligence.

What Is Comparative Negligence?

Comparative negligence is a legal principle aimed at reducing the amount of damages a plaintiff can recover in a negligence-based claim according to the degree of negligence each party contributed to the incident.

An example: It’s Christmas Eve and you just started your Christmas shopping (you know who you are). There’s not a parking spot available so you double park to run into a store.

An equally frantic shopper short on time backs up and hits your car. You weren’t driving. In fact, you were inside buying socks and a tie. The other driver wasn’t paying attention.

But your negligence in parking illegally contributed to the incident as did his failure to safely operate his vehicle. The question is what percentage of blame is shared?

Those two types of comparative negligence are on the books in most U.S. states.

Your state’s negligence law plays a role in determining if you can collect damages from an accident claim. The law also determines how much you may collect from the other party.

Pure comparative negligence laws allow you to seek compensation no matter how much fault you have in an accident. Your recovery, though, will be reduced by your percentage of blame.

“Pure comparative negligence allows victims to claim recovery even if they are 95% at fault for the accident,” Tyler Kobylski of Chicago-based Staver Accident Injury Lawyers said. “They could still seek compensation for the 5% that wasn’t their fault.

“This type of negligence usually benefits the plaintiff more because it puts less of a burden on them to prove the other driver’s fault while still allowing them to recover damages.”

There are 13 pure comparative negligence states:

“Types of negligence can play out differently in crashes at intersections or other situations where liability is contested and fault can come down to one driver’s word against another,” Kobylski said. “The modified comparative negligence rule allows accident victims to recover compensation only if they are less than 50% at fault.

“In accidents where both drivers claim they had the right of way, a jury might not be able to decide and assign fault 50/50, keeping a plaintiff from recovering damages. In a pure comparative negligence state, both those drivers would be able to recover 50% of their damages”.

In some states, the modified comparative negligence threshold is 50%. In others, it’s 51%.

If it’s determined you’re more than 50 percent to blame for a car accident in a modified comparative negligence state you cannot recover damages.

There’s a unique concept for determining fault known as “slight-gross comparative negligence.” It says a claimant can only recover damages if his or her fault in an accident is deemed “slight” while the other party’s fault is “gross.”

It’s safe to call it unique because it’s only on the books in one state: South Dakota.

What determines “slight” and “gross” isn’t an established standard but, for the sake of explanation, you’re far more likely to receive compensation in South Dakota if you’re 10% negligent than if you’re 40% negligent.

The example of an accident involving two cars at fault for a failure to yield is a good way to understand how different comparative negligence laws affect car accident claims.

In a pure comparative negligence state, each driver could file a claim with the other’s insurance company. If it was determined you were only 40% at fault and the damage to your car was $4,000, you would receive 60% of that amount, or $2,400. The other driver would recover 40% or $1,600.

In a 50% or 51% modified comparative negligence state, you could file a claim for damages while the other driver could not since his or her share of the blame (60%) exceeds those thresholds.

In South Dakota, neither driver would recover damages since the “slight-gross” model likely would not apply.

But collecting compensation in a liability or collision damage claim in a no-fault state still depends on each driver’s degree of fault in accordance with that state’s comparative negligence laws.

A contributory negligence law differs from comparative negligence law in that it prevents an accident victim from recovering compensation if it can be proven he or she contributed to the accident in any way.

An example: You were cited for defective taillights, failed to get them repaired and were later struck by another car from behind while waiting at a light. If the defendant can build a case that your failure to fix your taillights contributed to the accident, you won’t receive compensation.

Understanding your state laws and how they affect claims is critical to maximizing compensation in a car accident settlement.

If you’re confused about comparative negligence laws in your state, a free consultation with an experienced accident attorney can provide pertinent information whether you decide to settle a claim yourself or hire legal help. 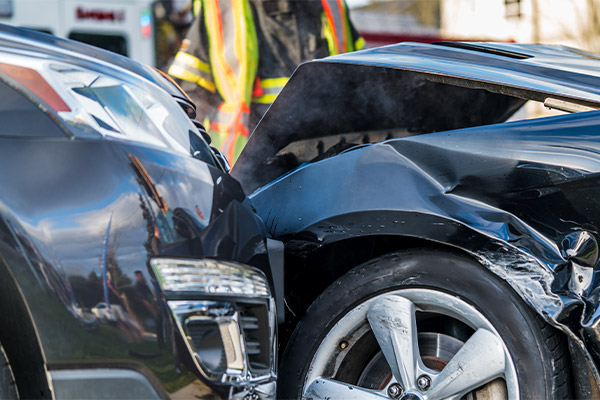