What Does a Car Accident Lawyer Do?

A car accident case can be complicated, with a lot of moving parts. A car accident lawyer has the knowledge and experience in the system to make sure you get a payout for more money than what you can get on your own.

You hear it on TV ads all the time: “If you’ve been injured in a car accident that’s not your fault, get a lawyer, so you can get the money you deserve.”

But you may wonder, with one-third or more of your settlement or judgment going to the lawyer, what exactly will a car accident do to earn that money?

Car accident lawyers will tell you that an attorney has experience dealing with insurance companies; understands your rights and legal obligations; and has the ability and resources to tackle a case in a way that most people can’t do on their own.

Some of the things car accident lawyers do are:

“It should be no surprise that an experienced lawyer can generally cut to the issues at hand quicker, moving the case to a faster resolution,” said Allen Clardy, of The Clardy Law Firm, in South Carolina.

“The initial consultation has a lot of moving parts,” Clardy said. “First is whether the attorney/client relationship is going to be one that can work to the benefit of everyone. I have stated many times over the years, ‘I am not the attorney for everyone.’ There has to be trust and confidence for the best outcome.

“Second, a legal analysis has to occur for me to understand the issues at hand and feel that I can apply the law to assist the client in their time of need. Third, once trust is present and there is a case, it is incumbent on me to explain how the legal process works and advise the client of the process. That could include expectations, the timeline, attorney’s fees, etc.,” Clardy said. “All of this and more benefits not only the client, but the attorney as well.”

A consultation can even be an opportunity to find out if you need a car accident lawyer, Clardy said. “Some cases don’t need an attorney — a scratch on a bumper with no injuries,” he said. “But it would be smart to at least run a situation by an attorney to be sure that being unrepresented is OK in that circumstance.”

The consultation is also an opportunity for the client to get a full picture of what kind of car accident settlement they may be able to get.

Louis Patino, of The Patino Law Firm, in Texas, said, “An experienced attorney should also be able to give you an idea of the value of the case.”

If the attorney and client reach agreement, the attorney will gather necessary evidence and documentation to prove the case.

Some of this includes:

The more proactive you were at the scene and after the accident – for instance, getting contact information from witnesses, getting timely medical care – the more solid a case your lawyer will be able to make.

Clardy said a lot depends on the client and the particulars of the accident. “Every case is different, so what is needed changes based on the specifics of a case,” he said. “For example, an injury to a professional violinist’s left hand is much more serious and likely needs more documentation regarding what is being affected in that person’s life than in a left-hand injury for myself as an attorney. But I have always felt that a client cannot give me too much information. I can review and decide if something else is needed.”

A car accident lawyer has intimate knowledge of the state’s car accident laws and what part they play in an accident. They also know how insurance companies and courts function, and what is convincing to prove to them that the other driver is liable.

The lawyer will craft a case strategy based on how the elements of the accident fit with the elements of law and insurance policy. They know what they need to prove to get a settlement, or if they’re going to have to take the case to court.

“An experienced attorney will streamline your case by determining what is relevant and what is not, and what is respected by adjusters and opposing attorneys, so this helps with negotiation,” Patino said.

Communicate with Insurance Companies, Lawyers and Other Parties

A car accident case involves a lot of paperwork and discussion between insurance companies, opposing lawyers and the court, if it gets that far.

Car accident lawyers are experts on the process. They have staff to handle paperwork and administrative tasks. They know what the deadlines are, how to file legal documents and more. Cases are lost or dismissed because of a missed deadline or expired statute of limitations. A good attorney will make sure this doesn’t happen.

Just as importantly, lawyers who specialize in car accident cases understand the nuances of the other side’s strategy. They speak the language of personal injury law. This is key when much of the communication is with an insurance company that wants to limit the payout you receive.

“Having experience with adversaries and how to handle people who are advocates against you, is a trait that can benefit everyone to a higher outcome,” Clardy said.

Negotiate a Settlement with the Insurance Company

Insurance companies don’t want to go to court – it’s expensive. And once a jury or judge becomes part of the decision-making process, the insurance company no longer has control over how much it will pay out. More than 90% of car accident cases settle before they get to court.

Insurance companies are hoping you don’t want to go to court either, and have teams of adjusters, attorneys and other experienced employees whose sole job is to make sure you settle for something as low as possible.

Most clients who enter into the car accident negotiation fray, are new at it. Doing it without legal representation can be catastrophic when personal injury is involved, especially severe injury.

“A person can absolutely negotiate a settlement,” Clardy said. “A person could also perform surgery on themselves or build a house to live in, but without knowledge, it would not be a wise decision.”

He said looking at the long-term picture is also vital. “A person representing themselves may miss being compensated in full for what has happened in their life after an accident, such as for future medical bills, wages, and impairment,” Clardy said. “Plus, a spouse can sometimes be compensated even though the spouse was not involved directly in the accident. It is a smart idea to have a professional, at minimum, review your case.”

Patino said the negotiation process is where a car accident attorney’s experience and knowledge really come into play.

“There are many factors that play a part in negotiating fair compensation for the injuries sustained,” he said. “There are certain things that must be communicated to the other side. Usually, people who do not get an attorney will end up settling for a much lower amount. Of course, if you are representing yourself against a seasoned adjuster or attorney, you will get taken advantage of in many ways.”

Represent You in Court

Because car accident settlements aren’t public, the exact number that settle, rather than go to court, isn’t available. But, as mentioned above, it’s estimated 10% or less go before a judge or jury because a settlement wasn’t reached.

At a car accident trial, both sides get a chance to make their case. If you’re the injured party, you (or your attorney) will explain the extent of your injuries, the cost, the impact on your life, your finances, and more. The insurance company will also make a case as to why you shouldn’t be reimbursed.

The steps of a car accident court case are:

It’s clear that having an attorney who’s educated and experienced in personal injury law is crucial if a case goes to trial.

A car accident lawyer’s contingency fee is generally higher for a case that goes to court – 40% or more, instead of 33% – but that’s because of the added complexity and work that goes into preparing a case for trial, and then presenting it, Patino said.

“The law is at times complex, and the litigation involved in a personal injury case can be complex,” he said. “Navigating the legal system is difficult if you have not done it before.”

A survey of plaintiffs in car accident cases found that those who had an attorney got a payout 74% of the time; those without, 54%. The difference in amount of payout, too, was significant – an average $44,600 with an attorney as opposed to $13,900 without.

While the lower payouts can be attributed to plaintiffs with smaller or less complicated claims being less likely to hire an attorney, the numbers are still significant.

But the amount of payout doesn’t mean that is what is going into your pocket. If you were awarded that average $44,600. You will not be getting a check for $44,600.

Some of the factors that go into how much you get in a payout are:

While all of these deductions may seem unfair, keep in mind that a payout for a car accident is to cover your medical bills, what insurance paid, lost wages and more. It’s not designed to be free money.

The good news is, if you are receiving Social Security Disability Insurance, getting a car accident payout won’t have an impact on your SSDI. If you get need-based Social Security Income, however, a payout may reduce it if a portion doesn’t cover medical bills and lost wages.

Those are just a few things that can have an impact on your payout. Anan attorney will discuss it in more depth with you, and make sure you’re treated fairly. 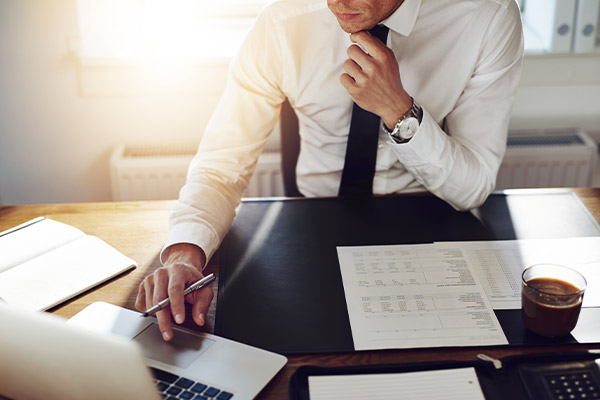