What Is at Fault in a T-bone Car Accident?

You might think the driver making impact with the front of their car would be at fault in a T-bone collision, and while that is the case in many t-bone accidents, there are other situations to consider.

Maybe another driver's dangerous maneuvers were the catalyst for the accident, or maybe the vehicle manufacturer could be responsible if the car contained faulty parts. As you'll see, the circumstances could be complicated enough to involve an attorney.

The name may sound funny, but T-bone accidents are no joke. Around 18% of all fatal car accidents result from a T-bone collision, sometimes called a broadside collision.

It can be tricky determining the responsible party, especially when several cars are bunched together in a pileup. This is where comparative fault comes into play and it doesn’t hurt to have an experienced attorney on your side.

Comparative fault assigns a measure of blame to several different parties. This may include both drivers involved in the crash. It could also include another driver not involved in the T-bone collision or the vehicle manufacturer. This is why it’s essential to document as much evidence as possible. Reach out to witnesses for statements and contact info. Be sure to take photos and recordings of the scene from several angles.

Getting in touch with an attorney able to analyze the evidence can help clear up confusion and establish whether you or another party are at-fault.

Drivers living in no-fault states may have an easier time determining fault after a car accident, at least when paying for medical expenses. Personal injury protection (PIP) is mandatory coverage in no-fault states. It covers injuries no matter who’s at fault and can pay for medication, surgeries, lost wages, funeral costs, and more.

What Does T-boned Mean in a Car Accident?

A T-bone accident is a two-car collision, where the front of one car strikes the side of another.

T-bone accidents often occur at intersections where a driver fails to yield at a stop sign or red light. Meanwhile, another driver attempts to cross the same intersection, leading to an impact that easily could have been avoided.

T-bone accidents can also happen when drivers speed through a greenlight unaware of their surroundings. Or when a driver loses control of the wheel and swerves into the next lane. They can happen on the highway or while pulling out of a parking space or driveway.

Poor infrastructure is another cause of T-bone accidents. Many of us have experienced a power outage when the traffic lights don’t work or display the same colors. This is especially common in rough weather conditions.

There are a lot of scenarios that could place the blame on different parties. There’s no one answer to who’s at-fault in a T-bone accident since various factors make each scenario unique.

Who Is At-Fault in a T-bone Accident?

Usually, fault resides with one of the drivers involved in the collision. Another driver whose actions may have been a catalyst for the crash could also be held liable. Lastly, the vehicle manufacturer may be held responsible if the car contains faulty parts.

Let’s go into some more detail regarding fault in a T-bone accident.

Most people assume the driver whose front end crashes into the other car will always be at fault. This is often the case, but it comes down to who had the right of way, which isn’t always straightforward.

Picture a driver crossing an intersection at a green light while another driver runs the light and strikes them from the side. The driver at the bottom of the “T” likely will assume fault.

Now, imagine a driver running a red light and getting hit from the side by a car that had a green light. In this case, the driver at the top of the “T” likely assumes fault.

Drivers will often dispute who had the right of way, especially in parking lots or at stop signs. It could be even harder to determine who’s at-fault without witnesses. This is another case where consulting with an attorney could prove beneficial.

Driver Not Involved in Collision

A driver may be liable if they caused the accident without being a part of it. If a driver makes an illegal or reckless maneuver that forces cars to swerve into other vehicles, the initial driver will be at-fault.

However, comparative fault may attribute varying degrees of blame. For instance, the initial driver may be responsible for most damages, while a second or third driver could be made accountable for smaller portions. This can happen if the second or third drivers were deemed negligent; perhaps they were texting or had made an illegal turn moments before impact.

The manufacturer might take some of the blame if the vehicle was operating with faulty parts. If your car has run-of-the-mill maintenance issues, it’s not exactly the manufacturer’s fault. However, there’s a difference between replacing oil and replacing recalled components. Typically, the former is your job, while the latter falls under the purview of the vehicle’s manufacturer.

It’s impossible to predict the exact injuries you may endure during a T-bone accident. It can depend on the vehicle model, speed, whether you were wearing a seatbelt, and other factors. 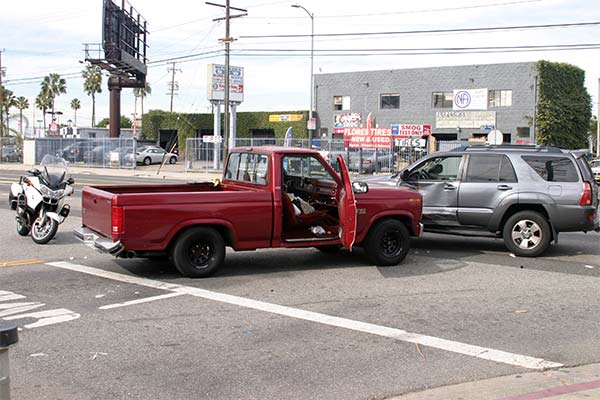