What Does No-Fault State Mean?

In a no-fault car insurance state – there are 12 of them – each motorist in an accident files a claim with his or her own insurance company regardless of who was to blame. No-fault states also restrict motorist’s ability to file lawsuits.

Car accident protocols can be confusing enough in the simplest of collisions, let alone when the circumstances send you in search of the differences between no-fault and at-fault states.

It’s not quite that complicated … at least compared to understanding crypto currency.

Actually, it really isn’t as complex as it might seem when you first come across terms such as PIP, threshold conditions, tort insurance states, choice no-fault states and add-on no fault states.

The strictest interpretation of “no-fault” is that each driver’s insurance company pays part of the claim regardless of which driver was at fault, while also restricting motorists’ ability to sue.

Many no-fault insurance states – there are 12 of them – adopted no-fault decades ago to lower costs, in part, by limiting frivolous lawsuits seeking compensation for medical expenses.

Some no-fault states among the two dozen or so that adopted the policy in the 1970s saw spikes in medical costs. Claims of fraud have made no-fault a target of insurance reform over the years.

In 2022, there are 12 strict no-fault states with a handful more offering hybrid models.

What Is a No-Fault State?

Since motorists in no-fault states file a claim with their own insurance companies to cover injuries (no matter which driver was responsible for the accident), most states require personal injury protection (PIP) as part of their insurance policy.

That protection and restrictions on filing lawsuits define a no-fault state.

How does it work? Let’s say I run a red light and hit your car. Under no-fault, we would each file with our own insurance company to cover bodily injury.

In most cases, property damage and liability is still the responsibility of the at-fault driver (in this case me…sorry for that again).

If the accident is minor in nature, it’s not likely to meet the threshold conditions necessary to bring a lawsuit in a no-fault state. (So, you probably can’t sue me.)

In a tort insurance state, the driver who is at fault (by determination of insurance company adjusters and sometimes court systems) is responsible for the claim filed by the other driver.

No-fault insurance pays for medical bills. Property damage claims still come down to the determination of blame between drivers in no-fault states.

What States Are No-Fault States?

There are 12 no-fault states:

Kentucky, New Jersey and Pennsylvania are considered choice no-fault states because they allow drivers to choose between limited tort restrictions of no-fault and full tort liability (which allows the filing of lawsuits without limits).

A dozen more states are called “add-on, no-fault states” because they allow drivers to add PIP insurance coverage to their policies. Hence, the “add-on no-fault” designation.

Who pays for damage in a no-fault state?

In short, in a no-fault state you do not need to prove negligence on the part of the other driver to receive compensation from your insurance company.

The personal injury protection coverage you carry will pay for your medical bills. But the driver who caused the damage to your car still must pay for repairs or replacement.

» More About: Who Pays for Car Damage in a No-Fault State?

What does no-fault insurance cover?

Each driver’s PIP coverage pays his or her medical bills in a no-fault insurance state.

PIP, however, does not cover damage to your own vehicle if you were at fault in an accident. Comprehensive and collision insurance are needed to ensure you won’t have out-of-pocket expenses.

Can you sue in a no-fault state?

You can sue in a no-fault state, but the rules governing lawsuits are strict. “No-fault” applies to state laws that provide first-party (PIP) coverage while also restricting the right to sue.

This topic is a good reason you might want to get a free consultation with a personal injury attorney before making any decisions.

In those strict no-fault states, motorists can sue for severe injuries and for pain and suffering only if the case meets certain threshold conditions. Thresholds may vary by state and may be expressed in verbal terms (such as death, disfigurement) or as a monetary threshold (dollar amounts of medical bills).

Car insurance laws are enacted state by state and, for the most part, determine how claims are processed and to what extent they can be litigated.

Minor accidents probably fall short of the criteria necessary for a lawsuit in a no-fault state. But if you’re unsure of whether a more serious accident you’re involved in meets the threshold conditions, it’s a good idea to get a free consultation with an experienced attorney.

Can you keep a financed car if it’s totaled?

Often the vehicle found to be a total loss would go to auction or the salvage yard. The insurance company then keeps the proceeds of that transaction.

But – depending on state law – that’s not always the case.

“If you don’t think your car’s damage is significant enough to warrant it being totaled, (you might) buy the car back from the insurance company and pay to have repairs made from your insurance settlement,” said Musson.

Some insurance companies will bypass that auction/salvage process and turn the car over to the insured driver looking for a buy back. The ACV that insurance pays in the settlement would be minus what they’d get at auction or in salvage.

Some states don’t allow you to buy back a car declared totaled unless the damage incurred was something like a hailstorm that didn’t affect the operational safety of the car.

In the event you can buy back the car and repair it, beware that there might be strings attached that don’t make it worthwhile.

If the buy-back means you will carry a “salvage title” on the car, some insurance companies won’t insure a car with a salvage title. In some states, you may have to get a state police inspection of the car you rescued from salvage before it’s declared roadworthy again. 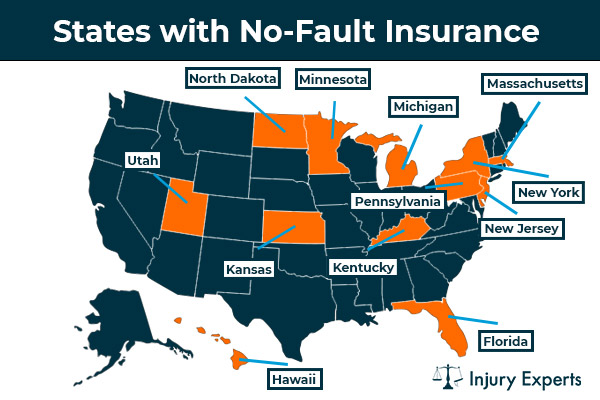