Who Is at Fault in a Left Turn Accident?

Unprotected left turns are among the riskiest maneuvers drivers undertake, resulting in a majority of the tens of thousands of intersection accidents that happen every year. Who’s to blame? Sorting out liability isn’t always easy.

Few driving maneuvers are more harrowing than executing a left turn in a busy intersection. Your anxiety is borne out by statistics: Left turn collisions account for more than 20% of all traffic crashes, according to the National Highway Transportation Safety Administration.

“Left turns are probably one of the most dangerous maneuvers drivers make every day, because you are crossing at least one lane of traffic traveling in the opposite direction,” Los Angeles-based personal injury attorney Johnathan LaCour said.

These may be troubling numbers, but they shouldn’t be shocking. Successfully completing a left turn, particularly one without an assist from traffic controls — such as a left-turn arrow — requires a series of quick judgments from the driver making the turn:

Left turns are sufficiently problematic that scientists from Penn State University argue traffic engineers should eliminate or impose restrictions on left turns wherever possible. Instead, they recommend rerouting drivers with a series of three right-hand turns that get them to their intended destination.

It turns out, according to the shrewd numbers-crunchers at UPS, left turns are not just inherently hazardous, they’re also wasteful of time and resources. Big Brown instituted an “Avoid-Left-Turns” policy in the fuel-strapped 1970s, and now uses sophisticated software guidance to help drivers keep the efficiencies flowing.

What Is an Unprotected Left Turn?

An unprotected left turn is when the motorist attempting to maneuver across traffic, is not assisted by traffic signals. These circumstances include drivers attempting left turns under a green light (or ball), or with no signals at all. Given these conditions, oncoming traffic — vehicles, motorcycles, bicycles, even pedestrians — has the right-of-way.

Protected left turns, by contrast, involve traffic signals — usually green arrows — that provide temporary safe passage for the drive, although it’s still a good idea to be alert for other motorists, travelers, or pedestrians who are not paying strict attention to your privileged status.

Do not mistake a yellow, or caution, light as your signal that it’s safe to proceed. Oncoming traffic retains the right-of-way throughout the caution light. Even if you’ve already maneuvered into the intersection, do not rush your turn, and continue to keep your wheel straight.

All things being equal, the burden for making a successful (unprotected) left turn is on the driver attempting the maneuver. Rights-of-way adhere to oncoming traffic, bicyclists, and pedestrians.

“There are many scenarios where a left turn can put some liability on a vehicle with the right of way,” says Edward Capozzi, chair of personal injury practice at Roseland, N.J.-based Brach Eichler, “but in 99% of the cases, the left turner should be responsible for any accident that occurs simply because they do not have the right of way.”

Motorists in botched left turns who failed to accommodate those who had the right-of-way usually are cited by law enforcement as well as found liable under civil law.

When the Left Turn Driver Is Not at Fault

Not all left-turn mishaps are created equally.

Indeed, sometimes there may be plenty of blame to go around. Helping you prove you are not at fault for the accident is where an experienced attorney can be extremely valuable.

What to do after a car accident while making a left turn:

The behavior of other drivers, as well as the conditions in the intersection, can factor into who is at fault in a left-turn crash. Presumptive responsibility may lie with the driver making the left turn, but that’s not always how it works out.

In some cases, the motorist making the left turn may bear zero liability, legally or civilly.

Some of the ways responsibility can shift to the oncoming driver(s) include any combination of the following:

“Speeders and people who drive through a yellow or red light are not always the same thing, but drivers are supposed to yield to yellows and stop for reds,” LaCour said. “And today’s distracted drivers aren’t always doing what’s expected of them.”

Poorly designed intersections, in which the left-turning motorist’s ability to see oncoming traffic is improperly inhibited, have been known to play a role in shifting liability. Examples include median landscaping prohibited by state and/or local guidelines, signage, construction, vehicles parked in medians, and so on.

In an obstructed-vision scenario, attorney LaCour says, “Our left-turner could be doing everything right: signaling, waiting until the coast looks clear and then making a cautious turn. But there could be a hill, a curve, overgrown bushes or trees, or a missing traffic sign that creates an unsafe condition.”

State departments of transportation have rules providing for unobstructed sight-lines for all motorists approaching an intersection. Violations have been known to snare developers, landscape designers, business, and others in left-turn crash lawsuits.

Unforeseen circumstances may play a role. Were several vehicles involved? Maybe the one that hit you doesn’t carry all the blame. Was there a defective part that caused brakes to fail, or unexpected acceleration, involved? A claim against the manufacturer or distributor may arise.

Try to make certain the scene of the collision is captured in detail as quickly as possible. As LaCour advises, “If you’re in a left-turn accident, or any accident, really, it’s important to try to get a police report and to document the scene as best you can with your cellphone camera.”

Finally, LaCour says, keep in mind that injuries resulting from the collision — yours and anyone else involved — may emerge over time. Concussions, whiplash, and contusions may take hours, or even days, to make themselves known. 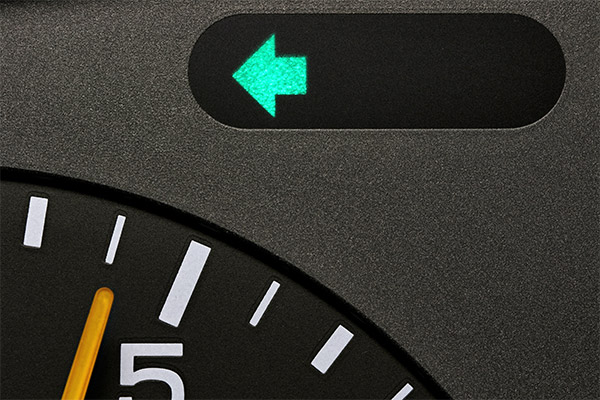 Home » Car Accident » Fault » Who Is at Fault in a Left Turn Accident?