What Information Do You Exchange in a Car Accident?

Drivers involved in a car crash have a legal obligation to stop at the scene of an accident and exchange pertinent information such as name, address, insurance company and policy number. Other information can be just as important in filing a claim or lawsuit.

The moments after a car accident can be contentious if not scary. Injuries only add to the stress and can further fuel tensions as drivers try to make sense of what happened and who was at fault.

It’s important to keep in mind that even in the expected absence of pleasantries both drivers have a legal obligation to stop and exchange contact and insurance information. Failure to do so could result in a hit-and-run charge.

The basics might seem obvious: name, telephone number, proof of insurance, etc. But you’ll want to collect as much information as possible, including the contact info for any eyewitnesses.

The information you gather should include the other driver’s license number and vehicle registration number if possible.

Keep in mind, though, drivers are not required to let you see their license or take a picture of it. In the event one or more of the drivers is hostile, you may need to rely on the police at the scene to gather that information for any subsequent insurance claim or lawsuit.

Whether you treat the moments after an accident as the early stages of an insurance claim, or as the prelude to a lawsuit seeking damages, getting contact information from the other driver or drivers is critically important.

You should get name, address, phone number and email address.  And not just from the other driver. Collecting the contact information of all the passengers involved and any eyewitnesses can only facilitate and speed the steps that come next.

This may seem as labor intensive as going door-to-door with a political petition but it’s important to have multiple ways to reach people in the aftermath of an accident.

If the driver of the other car isn’t the owner of the car, be sure to ask for the owner’s contact information, too.

You’re not legally required to show the other driver your license and vice versa. But no one can stop you from writing down the license plate number of the other car or cars involved in the accident. If you don’t have a pen and paper handy, use your phone to take a picture or record the number verbally.

If each party is cooperative, you can ask permission to take a picture of their license so you’re sure to have the license number and proper spelling of the name and street address.

As mentioned, you can’t make someone show their license. So, you may need to rely on the police to gather that information.

You’ll need this information for your records, whether to file a successful claim with your insurance company or if you decide to file a lawsuit to recover damages.

Check the exterior of the car – front grille, trunk, etc. – for the make and model of the vehicle involved in the accident. Making note of the color is easy enough, but a little more challenging if multiple cars are involved.

The Vehicle Information Number (VIN) is also something you’ll want to know. Again, the other driver doesn’t have to supply that number but if they’re amenable to sharing information to speed the claim process for all parties involved, the VIN is typically on a plate on the inside of the driver’s side door.

This will be the exact information your insurance company will want to know to process the claim. Often, fault is determined between each driver’s insurance company based on the police report, evidence at the accident scene or testimony from drivers, passengers and other witnesses.

You should approach every accident scene – with the exception of a love tap that both drivers agree isn’t worth the trouble of reporting – as if you will have to prove in court that you weren’t at fault.

That means gathering as much information as possible after calling the police and/or calling for medical assistance in case of injury.

It’s easier to list what you won’t need than everything you should have for your records:

Description of the Accident Scene

Take notes while the accident is fresh in your mind, complete with time of day, location, date and any noteworthy weather issues.

There’s a lot to do with so much happening around you at an accident scene. Your impulse might be to get the necessary information later when you calm down, or sit down to file a claim. Do yourself a favor and do it as soon as possible. You’ll need details as soon as you call your insurance provider.

Where did the accident occur? An intersection? Did the light turn red? Which direction was the other car coming from? Did the actions of another driver not involved in the accident play a role?

Police called to the scene will want your version of the accident to measure against evidence they collect. Your insurance company, and/or an experienced accident attorney, will appreciate all your efforts to document the incident.

The details and documentation aren’t meant to be shared with the other driver. In fact, it’s best you don’t talk to the other driver about how the accident occurred or admit blame. Fault will be sorted out by the insurance companies based in part on the police report and other details.

If you haven’t considered turning in your flip phone for a camera phone before now, you’ll have reason to regret it at an accident scene.

Photographic evidence might be the most important tool of all in proving a claim or when filing a lawsuit. Take pictures of any property damage, bodily injuries (if possible) and the position of the cars involved at impact.

Take pictures of the license plate and – if they allow – the other driver’s license number and insurance information.

Take wider photos of the accident scene, especially if more than one car is involved. Were there skid marks? Photographic evidence is critical when filing a claim or lawsuit.

Get the names and badge numbers of the police investigating the accident. Ask for the accident report number for later reference.

The police report isn’t the final say in establishing fault at an accident scene. That power belongs with the insurance companies. But the police report can provide important details critical to an insurance claim or lawsuit, especially if one or more drivers received a citation for negligence.

Copies of Your Medical Records

If you sought medical treatment as a result of a car accident, make sure to go to the hospital and collect your medical records. Gather copies of all medical transcripts and treatment plans.

If your doctor has recommended rehabilitation for an injury, make sure to keep a record of that referral and bills relating to the treatment.

Given the confusion that occurs at an accident scene and the complications that often ensue, your best option might be a free consultation with an accident attorney familiar with the important details you’ll need to gather for a successful insurance claim or recovery of damages. 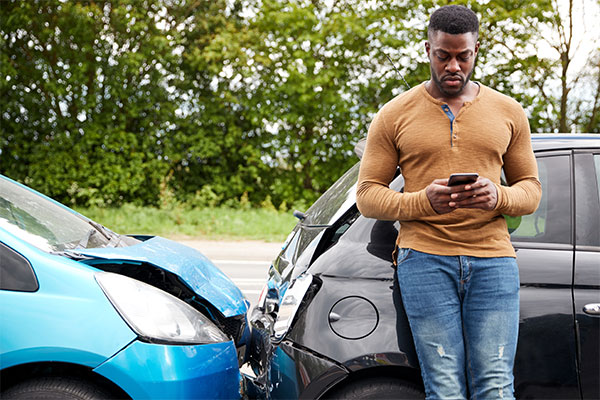