What to Do in a Hit-and-Run

The first thing you should do after a hit-and-run accident is to remain at the scene and call the police.

Then document the accident by writing notes or using your phone's voice recording app to describe the driver's car – make, model, color, license plate number and whether you believed it was damaged in the crash. You should also take photos of the accident scene and talk with any witnesses, noting what they saw and getting their contact information.

Knowing what to do in a hit-and-run accident, and acting quickly, is the key to making sure you get compensated for injuries and damage to your car.

A hit-and-run accident is one in which a driver left the scene without providing the information necessary so the crash could be investigated, fault determined and costs paid either by insurance companies or the drivers involved.

That complicates things if you’re the victim and looking for compensation to pay medical bills or car damage resulting from the accident.

Reporting a hit-and-run, both to law enforcement and to your insurance company as soon as possible, is essential. So is gathering as many details about the accident as possible. There were more 6.7 million car accidents in the U.S. in 2019, with more than 800,000 hit-and-runs.hit-and-run More than two-thirds of these result in only property damage, but 240,758 involved personal injury and 9,665 were fatal.

If you are the victim of a hit-and-run car accident, operate from the assumption that the other driver won’t be caught. The odds are better if the accident happened during the day (most happen at night). They increase exponentially if the hit-and-run driver struck a pedestrian under the age of 6 or older than 80 – 60% of hit-and-run drivers are caught in those cases. But statistics show that as few as 8% are caught in two-vehicle nighttime hit-and-run accidents.

Because the person responsible for the accident often isn’t known, that means the known person, the victim, ends up responsible for the paying damages. Hit-and-run accidents can cost victims a lot of money, from lost wages, medical expenses and car damage to higher insurance premiums.

What To Do After a Hit-and-Run Accident

The first thing to do after a hit-and-run accident is to call 911. Not only to get medical help if someone is hurt, but also to get police to the accident scene. If you are too injured or shaken up to make the call, have a passenger or bystander do it.

Most states have a minimum money limit for reporting an accident, usually between $500-$1,500. If you want to be compensated by insurance after a hit-and-run accident, make a police report even if it’s a fender-bender. Car repair costs can add up fast, and even a small amount of body damage can cost more than $1,000. Calling the police if the other driver left the scene will give you added eyes and ears to document the crash and what happened, and your insurance company also will want a police or accident report.

If police don’t come to the scene, file an accident report with the law enforcement agency that has jurisdiction where the crash happened as soon as possible. You may be able to do this online in some areas.

While at the scene, immediately take note of whatever you can remember about the other driver’s car – make, model, color, license plate number and whether you believed it was damaged in the crash. Also make note of the details of the accident – which direction both cars were traveling in, what led to the accident and more. Don’t leave this to memory or to do later, because it’s easy to forget important facts. If you aren’t able to write it down, use the voice recording app on your cellphone. Most smartphones come with one.

Take photos of the accident scene, including any debris that may be left from the fleeing car, which may be instrumental in identifying the car or driver.

If anyone saw the accident happen, get their name, contact information and make note of what they saw.

Do not try to follow or chase the other driver. It’s important to stay at the scene and gather information. Your vehicle could also have damage that makes it dangerous to drive that isn’t immediately apparent, or you may have injuries that you aren’t yet aware of. The other driver, too, could be dangerous and not someone you want to tangle with right after a car accident.

If your vehicle was hit while it was parked and you weren’t there, see if nearby businesses – or even the municipality – have surveillance cameras that you can get an image from. Also check your windshield or side windows for a note. Often a witness to an accident will leave information with the car if they saw someone hit it and the owner wasn’t there.

If there was moderate to serious damage to your parked car, particularly if there is debris from the accident on the ground, call the police. Having a third party document the scene will help when it comes to making an insurance claim for an accident you didn’t see.

For any hit-and-run accident, make a police report and call your insurance company as soon as possible and no later than within 24 hours. While the insurer may not have a deadline, the longer you let it go, the harder it will be to get information and make a solid claim.

How to Report a Hit-and-Run

Reporting a hit-and-run accident is similar to reporting any other accident you’re involved in. The one difference is that the other driver, who may be at fault, isn’t available.

Get a copy of the police report or file an accident report as fast as you can. You can file a report online in many areas. If there is a report from a police officer who came to the scene, make sure it’s clear in the report the accident was a hit-and-run.

Hold off on vehicle repairs until you’ve talked to your insurance company – they will want to estimate damage costs and may also require you to go to a specific body shop or mechanic.

When you report a hit-and-run accident to your insurance company, be sure you have as much information as you can from the scene, how the damage was caused, all injuries and medical reports, and more. Remember, you or the insurance company will be paying for the accident unless the other driver is caught. You may want to hire a personal injury attorney to help sort out your options.

If you saw a hit-and-run accident, stay at the scene and give the victim or police your contact information. Make note of anything you recall about the hit-and-run driver’s car and what you saw happen.

If you saw a hit-and-run driver strike a parked car, and the owner isn’t on the scene, leave your contact information under the windshield wiper or in the crevice of the driver’s window.

How Long Do You Have to Report a Hit-and-run?

You should report a hit-and-run accident to the police and to your insurance agent immediately. Don’t put it off any longer than 24 hours.

Your auto insurance policy may have a deadline to report, and some states also have requirements, but the best strategy is to act quickly.

If your car was hit while parked, file an accident report and let your insurance company know immediately upon discovering the damage.

Does Insurance Cover a Hit-and-Run?

Insurance may cover a hit-and-run – depending on the policy. Approach the insurance coverage from the assumption that the hit-and-run driver won’t be caught, and that you’ll be responsible. Your insurance company likely will look at it that way.

Drivers that don’t have uninsured motorist coverage can, in most cases, pay for some of the hit-and-run damage with their collision coverage, which pays for damage to your vehicle and bodily injury to you and your passengers.

Drivers who live in one of 14 no-fault auto insurance states will also likely be covered for a hit-and-run accident through their collision coverage.

Do You Have to Pay a Deductible for a Hit-and-Run?

Just as with the question of whether insurance covers a hit-and-run, paying a deductible after a hit-and-run also depends on type of coverage and your specific policy.

Will a Hit-and-Run Raise Your Insurance Premium?

A hit-and-run accident may raise your premium if damages were paid for with collision insurance. Overall, though, it depends on your police, your insurance company and your driving record. If you have had several accidents, for instance, expect a premium hike.

If uninsured motorist coverage paid for the damage, your premium probably will not increase.

What Happens If the Other Driver Gets Caught?

injury, it can be a felony, punishable by a fine and prison sentence. The hit-and-run driver also can lose their right to drive, and will incur high insurance penalties.

Studies show that hit-and-run drivers frequently flee an accident scene because they’ve been drinking, have a suspended license, or there is some other issue they don’t want to get in trouble for. If it’s determined they were driving while impaired or breaking other driving laws, the penalty is even worse.

If the hit-and-run driver was at fault in the accident and had auto insurance, their insurance will cover the cost of the accident. If they were not insured, the driver who was the victim will have to pay through their own insurance or out of pocket.

In the long run, a victim of a hit-and-run accident can get their money back by filing a lawsuit against the at-fault hit-and-run driver. All the documentation and information you gathered at the scene, including witness contacts, will come in handy if a lawsuit becomes a possibility.

A personal injury lawyer with experience in handling hit-and-run cases can work to make sure that the hit-and-run victim gets the proper compensation. 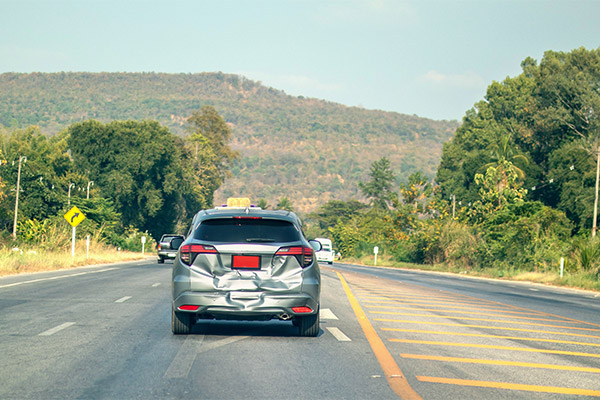