Does a Police Report Say Who Was at Fault?

Saying who is to blame in a car accident is not the same as determining blame. Even when police reports reach conclusions about driver fault, they are often just one tool used by insurance companies and courts in determining fault.

Everybody has an opinion, the saying goes, and that’s never more true than at the scene of a car accident when it comes to assessing fault or negligence.

In the chaotic moments following a car accident, the drivers involved may try to deny or assess blame.

Eyewitnesses can add their accounts of what happened. Photographic evidence of property damage or bodily injury supplies its own argument. Insurance companies definitely have a stake in determining fault, too.

But what about the police at the scene? Is it their role to determine fault? Or do they fall in line with Sgt. Joe Friday of “Dragnet” fame by filing accident reports that contain – “just the facts, ma’am,” – and no judgment on who is to blame?

That depends on a few factors.

Certainly, in an accident criminal in nature (like a DUI), police would be expected to reach a definitive conclusion in filing a report.

A law enforcement acquaintance tells me that while most accidents are civil in nature and police “just document events for insurance and civil suits,” they do in fact “assess blame if it’s clear cut.”

If it’s not, they can put “unknown fault” on their report.

Does a Police Report Determine Fault

Determining fault is more complicated than stating an opinion about the negligence of one or more drivers, so police reports typically won’t determine who is at fault for a car accident. Even if they have an opinion supported by evidence collected at the scene by law enforcement, and included in a police report, the report will not determine fault.

While a report may contain the officer’s professional opinions, that report is non-binding. Even in those cases where police name a driver they believe was at fault based on their investigation, insurance companies are still the final say.

Insurance adjusters and/or experienced accident attorneys may argue that the police report itself was not a clear determination of fault for a variety of reasons, including conflicting testimony or a driver’s own photographic evidence.

This is sometimes a more difficult argument to make if police have issued a ticket for negligence to one or more drivers. But even then, the question of negligence can be decided by factors – surveillance cameras, eyewitness testimony – other than the report filed by police on the scene.

Do You Need a Police Report to Determine Fault

Police reports can be extremely helpful in determining fault. It’s important to call the police following an accident for that very reason.

But fault is determined without a police report in many accident claims. If insurance companies don’t have access to a police report or believe the police report is erroneous or contradictory to their own investigation, those companies can assess blame themselves, sometimes a percentage of the blame to each driver.

Insurance companies often settle car accident claims with each other, sometimes using a police report to their own end. If your case goes to court, though, insurance company findings or determinations made at the scene by police do not control the outcome.

More often, the evidence the court allows and the strength of the case brought by experienced accident attorneys do.

What to Do About a False Accident Report?

But if you’ve ever been in an accident, you know the chaos at the scene –  medical concerns, questioning by police and your own efforts to document property damage and bodily injury – can be overwhelming and genuinely affect motorists’ recollection of how exactly the accident happened.

Police reports don’t always get it right either. That’s why the best precaution could be a free consultation with an experienced accident attorney.

Accident attorneys can help navigate the complicated process of filing claims with dueling insurance companies while representing your best interest in a settlement.

As important as police reports are in many accident claim settlements, if the case cannot be settled accident attorneys also know what evidence might be allowed in court and what evidence may not.

It’s smart to call the police after an accident and request the police report. It’s even better to take the necessary steps to prove your own case despite the nature of the report filed by police. 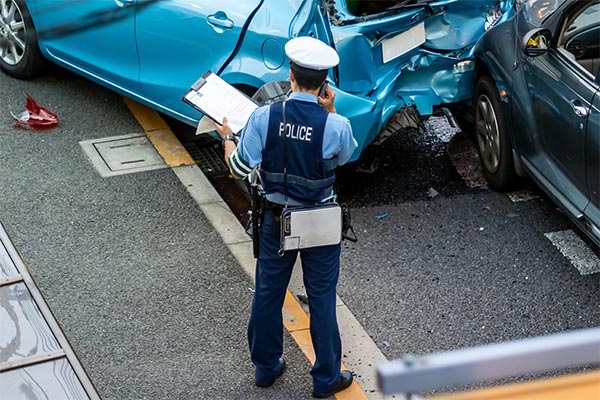 Home » Car Accident » FAQs » Does a Police Report Say Who Was at Fault?