What Happens If You Are at Fault in a Car Accident?

Being an at-fault driver in an accident can bring serious consequences, especially if damages exceed the limits of your car insurance policy.

Being involved in a car accident is a sharp blood pressure spike, even when the incident in question doesn’t result in screaming sirens bringing emergency medical treatment and police to the scene.

Causing an accident traced to your own negligence?

Well now, that’s an outcome that goes far beyond a mere stress escalator and invites serious issues such as significantly higher insurance rates and even criminal liability and lawsuits.

In no-fault states, the post-accident fallout may seem easier to navigate in that drivers involved file claims with their respective insurance companies to cover injuries no matter who was at fault.

But even with no-fault states greatly reducing the chance of an accident ending up in a lawsuit, property damage and liability typically is still the responsibility of the at-fault driver.

In fault states, there is a greater onus on the driver who caused the accident, and consequently a greater chance that a serious accident involving multiple or grave injuries could result in you being sued.

“Being at-fault in a car accident can cause you some serious problems,” said Sean Canonica, co-founder and CEO of RateSonic.com, a consumer insurance resource. “First, you’ll be on the hook for all of the other party’s expenses, as well as your own. Keep in mind the other party could also sue you after the accident for additional expenses.”

What to Do After an Accident That Is Your Fault?

The proverb “Do unto others” comes to mind for the immediate aftermath of a car accident you caused. You should show the same concern and sense of responsibility you’d expect from an at-fault driver if the situation were reversed.

Checking the other car or cars for injuries, exchanging information, calling police to report the accident and reporting the accident to your insurance company is the crux of a good checklist. Those are things you’d do even if you weren’t at fault.

What you shouldn’t do is admit blame or discuss details of the accident with the other driver or drivers.

Even if you suspect or know for sure your negligence caused the accident, it’s not in your best interest to admit blame.

Don’t admit to talking on the phone when the accident occurred. Don’t discuss what your thoughts were in the moments before or after the accident.

The insurance companies in a fault state will determine blame based on a number of factors:

If it’s determined you caused the accident, the other driver will file a claim with your insurance company and your coverage will compensate him or her for injuries and property damage.

Simple enough, until it isn’t.

“Most of the time, any monetary costs to cover the damage caused should be handled by your car insurance,” said Ty Gibson, a Texas-based attorney specializing in personal injury and a founding partner of Gibson Hill PC.

“Legally, consequences can vary depending on severity, and on whether you were breaking any laws at the time of the accident (such as drinking and driving, for example.) Negligent or reckless driving can absolutely lead to getting a ticket or even getting arrested, depending on the exact case.”

Blame will be sorted out by the insurance companies. The police may make a determination of fault in their report, or they may not. The final say on fault is mediated by insurance adjusters, or in courts of law. Don’t let your words build a case against you.

Consequences of an At-Fault Accident

For at-fault drivers the devil is in the details. Were you speeding? How fast? Texting and driving?

The scope of your negligence will determine the consequences, some of which can have long-lasting effects.

“If your reckless or negligent driving caused an accident, especially one that results in serious injuries or property damage, then you can be arrested and your driver’s license could be suspended or even revoked depending on the severity of the situation,” said Lauren Blair, an attorney with AutoInsurance.org.

What about the monetary/legal consequences? What happens if damages surpass insurance policy limits?

“The driver does have personal financial exposure,” Blair said. “The victims have the ability to sue the at-fault driver personally for damages that aren’t covered by the insurance policy.”

“Having an umbrella policy can help you avoid having to pay any liability expenses with your own money,” he said. “If you can’t afford to pay for the damages with cash or don’t have an umbrella policy, you could lose your assets or face a lawsuit.”

It’s no small wonder if your mind races like an Indy Car in the aftermath of an accident you caused.

Can you lose your home due to an at-fault accident? Should you expect a ticket for an accident that was your fault? Can you be arrested for reckless or negligent driving?

While Gibson and Blair agree that as a “general rule” loss of home and major assets aren’t typical for at-fault drivers who carry insurance, the underinsured or (worse) uninsured can leave themselves and their possessions vulnerable.

“Your home is an asset that could be liquidated in order to help pay for the remaining costs,” said Canonica. “Any investments or extra savings could also be a target. Again, it’s why it’s best to carry an umbrella policy to avoid losing everything.”

Should You Get a Lawyer for a Car Accident that Was Your Fault?

Well, if you are entertaining the notion of representing yourself, this probably isn’t the first time someone is suggesting you’ve watched too many fictional courtroom TV dramas.

Here’s how it works: Your insurance company will turn your case over to a lawyer, who will contact you for details of the accident and communicate with the other driver’s insurance representatives.

Your insurance company’s legal team will attempt to mitigate the claim or claims against it in hopes of minimizing the payout in the accident you caused.

Consulting with the insurance company lawyer is always the proper first step. But sometimes scheduling a free consultation with an experienced accident attorney can bring you peace of mind at the very least.

Beyond simple reassurance, a free consultation can help you recognize whether your best interests are being protected – especially in cases where the damages may exceed your coverage and you’ve become personally vulnerable.

So for the same reason you’d want functioning air bags, you should seek all the protection you can get. 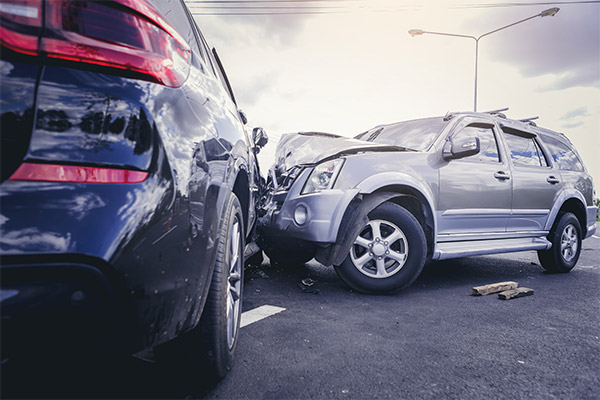