What Happens When an Unlicensed Driver Gets in an Accident?

The rules for car insurance coverage are straightforward in most cases, but can change when an unlicensed driver gets in an accident.

Nothing good happens when an unlicensed driver gets behind the wheel.

Even a quick trip to the laundry mat could end in a fender bender and who knows how much damage could result if the unlicensed driver decides to visit a friend on the other side of town.

Most people panic when they discover that the truck that just T-boned their vehicle carries no insurance. This might lead to a full-blown meltdown once they realize the other driver has been cruising without a valid license.

Around 3% of the drivers you pass everyday are driving without a valid license, yet they account for 20% of all automobile accidents. Around 1 out of 8 drivers doesn’t carry insurance and most have no reliable means to compensate for damages after an accident.

If an unlicensed driver hits you, the car insurance company will point to any language in the policy that may invalidate your claim. Even if the unlicensed driver is driving an insured car, insurance companies will be reluctant to pay for damages or injuries that result from the accident. They often find loopholes or include explicit verbiage limiting coverage to licensed, legal drivers.

In short, what happens after a car accident with an unlicensed driver depends on the laws in your state and the insurance company handling the claim, and not much of it is good.

Are Unlicensed Drivers Covered by Insurance?

Unlicensed drivers typically are not covered by insurance.

Usually, policyholders list the members of their household that will be driving the car and these drivers must have valid licenses. If an unlisted driver gets into a wreck with the vehicle, insurance is more likely to deny the claim, and that goes double if the person driving didn’t have a license.

In general, car insurance is attached to the car. This means it should cover the vehicle regardless of who’s behind the wheel. However, coverage eligibility often comes down to the wording of the insurance contract, which may exclude unlicensed drivers or those operating the vehicle without permission. Read your insurance policy closely.

When the Driver Is Unlicensed and Uninsured

If a driver doesn’t have a license, they probably don’t have insurance. You can buy car insurance without a license, but insurance companies may flag you as a high-risk driver, and the few that do serve you, will charge very steep rates.

If you’re in an accident with a driver who has no license or insurance, look to uninsured motorist insurance. You could also sue the uninsured driver, but they likely won’t have the means to compensate for your damages.

If an unlicensed driver crashed your uninsured car, the driver might be arrested, not for crashing, but for driving with a suspended or revoked license. As for damages, without insurance, you’ll probably have to pay out of pocket. In some cases, the other driver may be held liable for damages if they caused the accident. Even if the at-fault driver hits an unlicensed driver, the at-fault driver’s insurance could be held responsible for damages.

This situation could quickly become complicated. If it happens to you, it might be wise to consult an attorney and find out the best way to handle it.

When the Unlicensed Driver Borrowed the Car

Unlicensed drivers pose a greater risk for insurance companies. They are often teens who haven’t learned the rules of the road or adults who’ve lost their driving privileges for violating said rules.

When the Unlicensed Driver Borrowed the Car without Permission

If an unlicensed driver borrows a car without permission, insurance won’t cover damages if they crash. Borrowing a vehicle without permission is essentially theft, which won’t elicit much sympathy from the insurance companies, let alone law enforcement. However, if the driver has a different car with insurance, they could use that vehicle’s coverage to pay for damages. This would be an uncommon scenario.

Consequences of Crashing a Car Without a License

Without a License in Your Possession

Driving when you know your license is invalid is a more severe offense than not having your license on you at the time of an accident. The latter falls under the category of ”fix-it ticket.” It means you can resolve the matter by proving you fixed the violation. This could mean updating personal information on your I.D. or providing details that prove you have a valid license.

Without a Valid License

With a Suspended License

A suspended license may be recovered. It’s a less severe punishment than a revoked license. Getting it back usually requires fulfilling various obligations like paying fines, attending A.A., or repaying child support. Crashing a car with a suspended license could lead to several months of jail time, a bevy of fines imposed by a judge, and extension of the suspension or even a lifetime revocation.

With a Revoked License

If your license has been revoked, then it’s no longer valid. A revoked license is final and almost always irreversible. The courts have decided this person should no longer drive a vehicle due to numerous legal infractions, old age, or health reasons. If you cause a crash while driving with a revoked license, you may be arrested and held liable for the damages caused and probably without the help of insurance. Also, the police likely will impound the car. A revoked license can never be reinstated, but it’s possible to receive a new license.

With a Learner’s Permit

If your child takes your car out alone and crashes while driving with their learner’s permit, insurance may cover the damages if they are listed on the policy. However, expect a rise in rates due to the crash/citation for driving alone without a driver’s license. If your child is not listed on the policy, insurance is more likely to deny the claim, making you responsible for any damages resulting from your child’s accident. 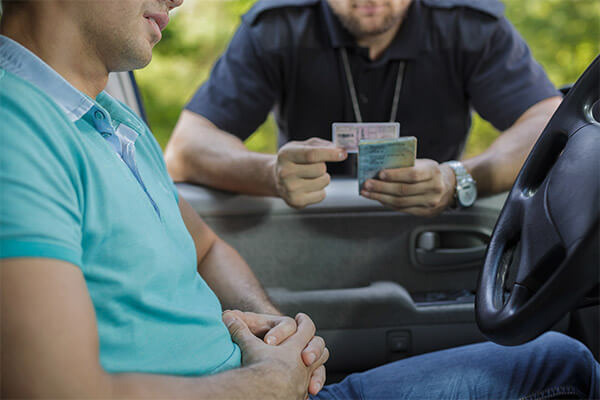 Home » Car Accident » FAQs » What Happens When an Unlicensed Driver Gets in an Accident?