Can You Sue in a No-Fault State?

Living in a no-fault state doesn’t mean that you can’t file a lawsuit for damages after a car accident – you can – but only if injuries are serious enough to meet thresholds, with vary by state.

There are 12 no-fault car insurance states (as well as Puerto Rico), in which each driver’s personal injury protection insurance is responsible for covering their injury claims, no matter which driver was at fault. While “no fault” laws were developed to cut down on the number of lawsuits filed after accidents, living in a no-fault state doesn’t mean that you can’t sue if your insurance doesn’t cover your injury expenses.

Each state has its own version of the law, with their own restrictions on lawsuits. While, in general, you can sue, your suit will have to meet certain criteria to go forward whether it’s the severity of the injury or the cost of the injury.

What Does No Fault Mean for Lawsuits?

“No fault” doesn’t mean another driver can’t be found at fault in a state that has this type of policy. In no-fault states the driver who is at fault still must pay for property damage. Driver’s in no-fault states are also required to have personal injury protection, which pays for their own medical expenses. The at-fault driver doesn’t for bodily injury damage.

But if your injuries exceed your coverage, you can sue the at-fault driver, though only if it means a certain threshold. The threshold may be seriousness of the injury (known legally as “verbal threshold”) or amount of damages sought (known legally as “monetary threshold.”), depending on the state.

Five states and Puerto Rico have verbal thresholds. Seven states have monetary thresholds that have to be met for the cost of the injuries in order to sue. Three of the states – Kentucky, New Jersey, Pennsylvania – also allow drivers to choose not to go by the threshold, but to have the right to sue for any injuries sustained in an accident.

In no-fault states with serious injury thresholds, to sue, in general you must have at least one of these factors:

Those criteria, or similar ones, must be met in the verbal threshold states. Some go farther. For instance, New York spells out some specific injuries like a bone fracture or loss of a fetus.

States with a serious injury threshold:

In the monetary threshold states, the cost of the injuries must exceed a certain amount.

The serious injury threshold – whether verbal or monetary – is designed to cut down on potential suits by people exaggerating their injuries. To meet the threshold, the person filing the suit will have to produce medical evidence that backs it up.

States with a monetary threshold:

Collecting Damages in a No-Fault State

You don’t have to sue to collect damages for a car accident in a no-fault state. Your insurance, and the other driver’s insurance, will cover some of the costs.

The at-fault driver is still responsible for property damage in a no-fault state. That driver’s insurance will pay for the damage to the vehicle of the driver who wasn’t at fault.

Drivers in no-fault states (and some at-fault states) are required to have personal injury protection insurance. This insurance covers their medical expenses if they are injured in a vehicle accident, no matter who is at fault.

What is covered by PIP depends on the state. In most states, PIP covers medical expenses, including diagnostic and rehabilitation, but the cap on cost varies widely. It may also cover lost income, home care, funeral costs and more, depending on the state.

The only way to get compensated for pain and suffering in a no-fault state is to file a lawsuit. PIP doesn’t cover it. “Pain and suffering” isn’t a general term, but a legal one in which emotional trauma, changes to the injured person’s life, and more, must be proved.

Pain and suffering can’t be measured by a medical bill. That said, you can sue for pain and suffering in a no-fault state, but you must meet that state’s verbal or monetary threshold for injuries first.

If you are in a serious car accident and live in a no-fault state, figuring out whether you meet the verbal or monetary threshold to file a suit can be complicated. Hiring a personal injury lawyer to look at your case will increase the chances of being compensated. 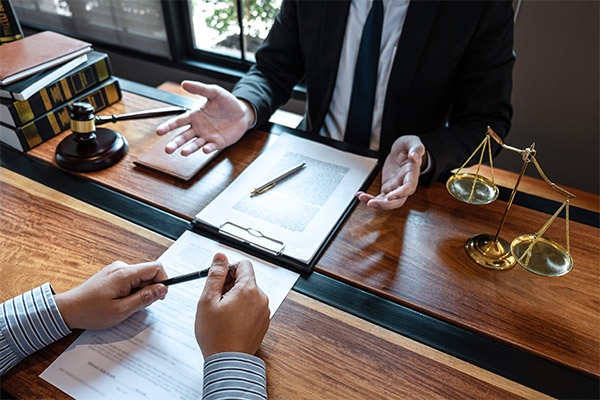 Home » Car Accident » FAQs » Can You Sue in a No-Fault State?