If your employer is making things difficult and refusing to file a workers comp claim on your behalf, it's best to consult with an attorney right away.

Workers compensation is called “no-fault” insurance because the worker does not need to prove that the employer was responsible for the injury, but that doesn’t stop employers from trying to find “faults” that will allow them to refuse to file a claim.

Among the many reasons employers might not file your claim:

One thing you might want to pass along to an employer who won’t file a workers compensation claim for you: A California study found that 67% of denied claims, were paid within one year.

And it cost 50% more to pay those claims than it would if they had been accepted in the first place!

Can an Employer Deny Workers Compensation?

If the employee files a claim, the employer must report it to the insurance carrier and, in many states, to the state workers compensation program.

It’s not out of the question that an employer can deny workers compensation coverage if the employer believes the accident didn’t happen at the work site, is the result of a pre-existing condition or resulted from reckless behavior because of drug use or alcohol.

But if an employee makes a workers compensation claim, the employer must notify their insurer and the state with a First Report of Injury. The employer should make notes about the time, date, and location of the accident and question witnesses about the circumstances of the injury. Most employers turn that information over to the insurance claims adjusters and let them handle the rest of the claim and coverage.

In California, for example, state laws level a $10,000 fine or one year in the county jail – or both – against employers who don’t have workers compensation insurance when an employee gets hurt. In Pennsylvania, not having workers compensation insurance is a misdemeanor that carries a fine of up to $2,500 and one year in jail. If the failure to comply is intentional, it is considered a felony and the fine is $15,000 and up to seven years in prison.

What to Do If Employer Refuses Workers Comp

If you are injured and discover your employer doesn’t have workers compensation insurance, you should immediately contact an attorney. You could have an opportunity to sue the employer with a personal injury lawsuit and recover damages, including pain and suffering compensation that is not available in workers comp.

If your state has an uninsured employer’s fund, you can make a claim there to receive the benefits – medical expenses and wage compensation – that you would have if your employer had workers compensation insurance.

However, you can’t take both options. If you accept workers compensation benefits from the state, you can’t file a personal injury lawsuit. That’s why you should consult with an attorney before making a decision on which route to take. 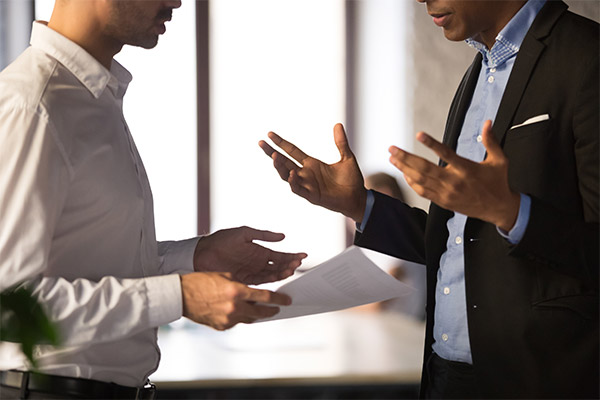