Why Is My Car Accident Settlement Taking So Long?

How long it takes to reach a car accident settlement depends on the seriousness of injuries involved but also on the expediency of your claim and whether you hire an experienced car accident attorney.

Auto accident settlements can happen in a matter of a few weeks. Or they can take so long you’ll wonder if that late-model car you drive, is now considered an antique.

“There are many reasons why one case may take a lot longer to settle than another case,” said Miguel Custodio, co-founding partner of Custodio & Dubey LLP in Los Angeles.

How Long Do Most Car Accident Settlements Take?

According to Martindale-Nolo research, most car accident settlements take an average of 10.7 months for collision victims to receive a settlement.

The research estimates that more than half of the victims were able to resolve their claims within six months.

Knowing the average time for a car accident settlement might not help if your case is more complicated or involves a number of victims and drivers.

The desire to know when you can expect to receive compensation as the victim of a car accident is the same whether the accident is minor or major. But getting an answer about how long a car accident settlement takes when serious injuries are involved is often a challenge.

“Unfortunately, that is one of the questions I most often get, but am unable to answer,” Custodio said.

Reasons Your Car Accident Settlement Is Taking So Long

The goal of insurance companies, remember, is to limit compensation, if at all possible. While most accident claims don’t go to trial, negotiating settlements down to the last detail (or decimal point in the case of a large financial claim) can become laborious.

The Settlement Process Has a Lot of Steps

You’ve been in an accident and file a complaint. If the accident is minor in nature and liability is clearly established, you probably won’t grow old waiting for a resolution.

But in many cases, that’s just the beginning. Look at the number of steps that typically go into a settlement:

Every step can take weeks or even months.

Both Sides Are Building Their Case

Building a case for a car accident settlement takes time for each side. Some delays are inevitable and understandable. On one side, it takes time to gather evidence and medical records, and maybe reach eyewitnesses for supporting testimony.

On the other side, insurance companies will conduct their own liability investigation. Delays can happen for good reason. They can also be an employed strategy in hopes of making you as an accident victim who needs money anxious enough to settle for less.

In tort states, establishing comparative liability is common in car accident investigations and settlements. So, while you may be ultra-confident you were faultless in an accident caused by another driver, the third-party insurance company may not see it quite the same way.

Liability investigations take time. That’s why insurance experts and accident attorneys strongly recommend gathering as much evidence as possible at the scene of the accident, seeking immediate medical attention and consulting with an accident attorney as soon as possible.

The Defense Is Dragging Its Feet

Response to a demand letter could take anywhere from two weeks to two months. Again, some delays, such as waiting for medical records or waiting for the insurance company to respond, are built in.

Keep in mind, insurance adjusters don’t work on hard-and-fast deadlines, even in states requiring a response to demand letters within a certain time frame (30-60 days.)

Your Settlement Amount Is Large

To understand why car accident settlements can take so long, “follow the money” once again qualifies as a good rule.

The higher the compensation sought following a car accident, the longer a claim will take to settle. You can expect liability to be strenuously contested, and every other step of the process to warrant even closer examination.

Full recovery is one standard for determining medical costs. A doctor who says some has reached Maximum Medical Improvement (MMI) signifies that the person’s condition has stabilized to a point where further improvement is unlikely despite continued medical treatment or physical rehabilitation.

Depending on the injuries involved, reaching MMI can take days or years.

Once a settlement is reached, you can expect to receive your money … after clearing a few more hurdles.

You will need to fill out an Order of Settlement, after which you can expect payment within 20-30 days. That deadline applies to settled cases. Cases that end in trial judgments can involve appeals and motions for new trials.

Any liens against you constituting debt owed, such as child support or alimony, are deducted before you receive your check.

Each state’s statutes of limitations determine how much time you have to file and settle a claim. The claim type is also a factor.

In Ohio, for instance, you have two years from the date of the accident to file a claim or lawsuit.

Insurance companies in many states aren’t required to respond in a specified time frame. The ones who are required don’t always comply since the penalties for failure to respond aren’t sizable enough to serve as a deterrent.

So how long it takes to put a car accident behind you can be greatly affected by how long after the accident you file a claim or lawsuit. Some accidents involving serious injuries, multiple insurance companies and contested liability can take years.

“Who the injured person chooses as their lawyer also has a big role in how long the case will take,” Custodio said. “Some law firms are not too aggressive and may delay filing a case, which in turn causes a delay in the entire process.”

Handling a claim yourself after a minor accident can be a smooth and quick process. However, for complicated claims involving serious injuries, a free consultation with an experienced accident attorney can help you reach a timely resolution that protects your interests and saves you some gray hair. 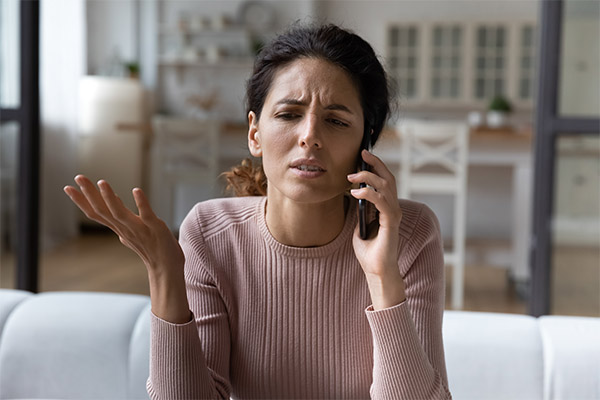