How Do Car Accident Settlements Work in No-Fault States?

Each driver in a no-fault state is responsible for their own medical coverage, but drivers who are not at fault can still seek a settlement from the at-fault driver for property damage. There are also options if your injuries exceed your coverage.

There are 12 no-fault car insurance states, but that doesn’t mean the at-fault driver is always off the hook when it comes to covering the other driver’s damages.

No-fault car insurance was designed to cut down on big-money car-accident lawsuits. Settlements for medical damages are an average four times higher than those for non-injury accidents. So, in no-fault states, drivers must file with their own insurance company to cover medical bills through required personal injury protection (PIP) insurance.

The no-fault states are:

If medical damages exceed your coverage, you can sue the other driver if the damages meet a threshold. Five states go by a “verbal threshold” – how serious the injury is. Seven go by a “monetary threshold” – damages must meet a certain dollar amount.

Whose Insurance Pays in a No-Fault Accident?

In a no-fault state, each driver’s PIP covers their own bodily injury damages, up to the coverage limit. Drivers file medical claims with their own insurance company, not the other driver’s, even if the other driver is at fault. This differs from the other 38 states, where the at-fault driver’s insurance pays medical bills and other damages related to injuries.

While each state has different rules, PIP covers “reasonable and necessary” medical expenses. This includes things like doctor visits, medical expenses (medication, bandages, etc.), lost wages and funeral expenses. Some of the states also cover replacement services – hiring someone to do things you can’t because of injury, like childcare or mowing the lawn.

Ten of the no-fault states (excluding Florida and New Jersey) require drivers to also carry some amount of bodily injury liability. This allows drivers who aren’t at fault to make claims against the other driver if medical damages exceed their own PIP coverage.

Drivers can also sue the at-fault driver if their injuries exceed coverage, but the injuries must meet that state’s threshold in order to sue.

Most car accident claims are settled out of court, which means the amounts aren’t public record. Given that, the average U.S. personal injury settlement is $21,000, and the average per-vehicle claim is $4,700, according to the Insurance Information Institute.

Claims are generally lower in no-fault states because:

The insurance company won’t pay more than the PIP coverage, which ranges from a required $3,000 minimum in Utah to $50,000 per person in Michigan and New York. If you exceed your coverage, you can then sue the at-fault driver, but thresholds limit what you can sue for.

Several no-fault states now require drivers to carry bodily injury liability to cover injuries for the other driver and passengers, meaning once you exceed your PIP coverage, you can make a claim against the at-fault driver. But the amount will be limited by the driver’s coverage.

Also keeping claims lower is the fact that, unlike at-fault states, medical costs in no-fault states only cover tangible expenses, not pain and suffering.

While a car accident settlement may be less in a no-fault state than an at-fault state, the good news is that it won’t take nearly as long to get the money. Because fault doesn’t have to be sorted out, insurance companies can investigate and settle claims much more quickly.

There are also some things to beware of with settlements:

Suing in a No-Fault State

While no-fault insurance is aimed at discouraging lawsuits, drivers can still sue if they meet the threshold set by that state.

The thresholds – verbal and monetary – have complicated rules that are a little different in each state.

Hawaii, Kansas, Kentucky, Massachusetts, Minnesota, North Dakota, and Utah have monetary thresholds, though drivers in Kentucky, New Jersey and Pennsylvania can pay a higher premium and opt out of the monetary threshold and sue for medical damages, no matter what the amount.

Criteria for injury severity must be met for a suit to be filed in verbal threshold states. Each state is different, but in general the accident must have:

The cost of medical damages must meet a certain amount to file a claim with the other driver’s insurance company in states where drivers are required to have bodily injury liability coverage. Thresholds are higher for filing a lawsuit. In both cases, the PIP “reasonable and necessary” medical expenses criteria apply. 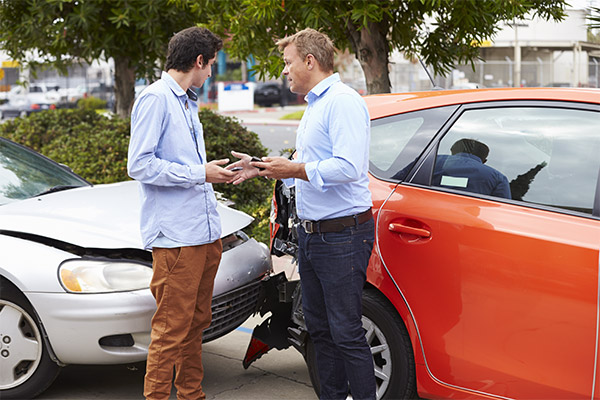