How to Calculate a Car Accident Settlement

The formulas for calculating car accident settlements can provide a ballpark figure for monetary damages and pain suffering but can’t account for the nuances in many claim filings.

The most stressful aspect of a car accident isn’t always the moment of impact you saw coming but couldn’t avoid.

It’s trying to determine how much you can expect from a car accident settlement that wasn’t your fault but nonetheless has turned your life upside down.

“Insurance insurance companies have become a little more tight with the dollar when it comes to trying to settle claims, requiring attorneys to do more work to really prove their claims,” Adam Rosenblum, owner of Rosenblum Law, said.

Many people are reluctant to immediately seek counsel from an accident attorney because they think of legal fees as just another hand in their pocket.

They first want to know how much their settlement might be worth and how they can assess the settlement amount on their own.

That has become an increasingly larger problem area if your claim is undervalued by insurance companies that, in tough economic times, are digging in more and offering less satisfactory settlements. There is more gray area than you’d find at a 50-year high school reunion. Car accident settlement calculators at best don’t account for important factors that can greatly increase settlement amounts.

“Insurance companies have become a little tighter with the dollar when it comes to trying to settle claims, requiring attorneys to do more work to really prove their claims,” Adam Rosenblum, owner of Rosenblum Law, said.

At worst, settling a complicated case without legal help against insurance companies using far more sophisticated software to value settlements might fit the old saying about bringing a knife to a gunfight.

“Every case is unique and different,” Tyler Kobylski, an attorney at Staver Accident Injury Lawyers, said. “Settlement calculators don’t account for this and take a middle-of-the-road approach to valuating cases.

“It matters more what a jury of 12 thinks the case is worth over what number a calculator comes up with. Looking at verdicts in comparable cases can often give a more accurate idea of a case’s value rather than a calculator’s determination.”

How Are Car Accident Settlements Calculated?

Before negotiating a settlement, you’ll probably want at least a ballpark estimate of what your claim is worth. Common tools for car accident attorneys and insurance companies in assessing the value of claims are the multiplier method and per diem method. (More on those later).

Keep in mind ballpark estimates might be helpful to know if the game is being played in a cookie cutter ballpark. Not so much if you’re an outfielder trying to navigate the Green Monster in Fenway or the ivy in Wrigley Field.

As for the process of calculating a car accident settlement, an insurance adjuster gets involved after you file an accident claim and often after an insurance company employs software programs like Colossus to value (or, more accurately, undervalue) a claim.

They typically do so by assigning severity points to specific injuries. The systems produce a score and use algorithms to come up with a dollar figure based on a trove of data, including your lawyer’s track record and jurisdiction.

The insurance companies can make adjustments, sometimes decreasing the settlement figures to account for downturns in their own economic health.

The multiplier method is used to provide a scale differentiating between minor and major injuries in a car accident settlement.

It assigns a value up to 5 based on the severity of your special damages (usually monetary damages such as medical expenses, property damage and lost wages) and how severely an accident has impacted a victim.

“Someone who suffered major injuries is more likely to receive a higher payout,” Kobylski said, “while a minor injury should logically result in a lower settlement using this method.

The Per Diem Method

An insurance adjuster might apply the per diem method when attempting to assign a certain dollar amount to every day a claimant had to deal with the physical and mental fallout of an accident and resulting injuries. The settlement would be based on a certain dollar figure per day.

The per diem method is sometimes used to fill the gaps in the multiplier method. One example would be if someone has relatively low medical bills but still suffered a significant injury.

“Recovering from a bone fracture may be comparatively less expensive than other injuries,” Kobylski said. “but the per diem method can better account for the length of time it takes to heal, how the injury affected a victim’s daily life and other considerations than should impact a payout.

A settlement calculator is based on a formula that estimates how much money you need to make yourself whole again following a car accident.

Insurance companies base it on the outcomes of a plethora of car accident cases. The formula is designed to predict how much a jury would award you in a trial.

For instance, you incur $25,000 in medical expenses, property damage and lost wages. Your injuries are healing nicely.

To calculate how the accident has impacted your life, the insurance company might apply a multiplier of 1.5 to your case and determine your non-economic damages (known as general damages) are worth $37,500 (1.5X$25,000). Your settlement offer in this scenario would be $62,500.

“The biggest challenge is that juries don’t think that way,” Rosenblum said. “They’re not computers. Insurance companies know that. Clients may not. But what measure is used for pain and suffering can vary significantly when it comes to a group of individuals sitting together and deliberating what amount a person is entitled to for pain and suffering from a jury perspective.

“Because that number can be so significant , it’s really difficult to predict.

These damages are what Rosenblum calls “straight forward.”

Typically, calculating special damages in a car accident settlement is based on a combination of the following:

Some damages might be contested, especially if you’ve kept poor records or the insurance company believes the proper damage estimate is inflated. Or you failed to file a police report (which could sabotage your case).

But a monetary value can generally be affixed to your settlement by adding the appropriate damages.

“The real dark horse is the pain and suffering,” Rosenblum said. “(If calculators) attempt to measure that I would take it with a grain of salt.”

Calculating pain and suffering (or general damages) in a car accident settlement is based on a combination of the following:

It’s easy to see why general damages are much more difficult to estimate and why a multiplier is employed (even if it lacks accuracy.)

Calculating lost wages as part of a car accident settlement is generally a straightforward equation, whether you’re an hourly worker or salaried employee.

If you’re an hourly worker, you can take your hourly wage ($18 per hour, for instance) and multiply that by the number of hours of missed work to calculate what an accident cost you in wages.

If an accident costs you regular overtime, a settlement should account for that, too, as lost wages.

How Fault Can Affect Your Car Accident Settlement Calculation

It’s important to know how your state laws govern the concept of negligence in a car accident because it will affect how much you can expect to collect when filing an accident claim against another party.

In pure comparative negligence states, each driver is permitted to file for damages even if one of the drivers is found to be primarily responsible for the accident. You could still file a claim if you’re found 85% responsible (even 99% responsible) but your award would be reduced by that same percentage.

In modified comparative negligence states, the general rule is that you can’t file for damages if your percentage of negligence is equal to or greater than the other driver involved in the accident.

Some states follow a 50% rule while others adhere to a 51% rule. Know your laws.

Should You Use a Car Accident Settlement Calculator?

Use a car accident settlement calculator if you want to calculate special damages (monetary damages) and for the most general estimate of general damages (pain and suffering).

Just know that the insurance company is armed with complex algorithms designed to limit your payout.

Unlike in other branches of law, accident victims do not pay up front when hiring personal injury lawyers. There’s no out-of-pocket expense involved in meeting with a lawyer to estimate the value of a settlement case. Lawyer fees are paid at the end of settlements or jury trials.

“A common mistake accident victims make with filing a claim on their own is agreeing to settle with the insurance company before they know the extent of their damages,” Kobylski said. “Even a verbal agreement over the phone can be binding. Taking a settlement right away means you might have to pay out of pocket if complications with your injuries require you to get additional treatment later.”

Hiring a good accident attorney is even more important but you should know the process raises its own challenges.

“There’s a lot of puffery out there,” Rosenblum said. “Law firms that advertise big numbers. Lawyers, and people in lots of other professions, too, might sometimes be overconfident about what they can deliver.

“Pay attention to how a firm you’re considering treats people. Look at client reviews, reputation of the firm. Most (experienced) attorneys will not commit to a number in a consultation as much as the clients love twisting our arms and trying to get us to commit verbally…we will be very leery to do that.”

It’s often the presence of an experienced car accident attorney and the threat of a jury trial that produces a fair settlement.

The remainder of car accident settlement cases produce varying degrees of complications. Car settlement calculators are a starting point that can provide guidance in some cases. Just know that insurance companies do this on a daily basis and their goal is to get you to settle quickly and often for less than you deserve. 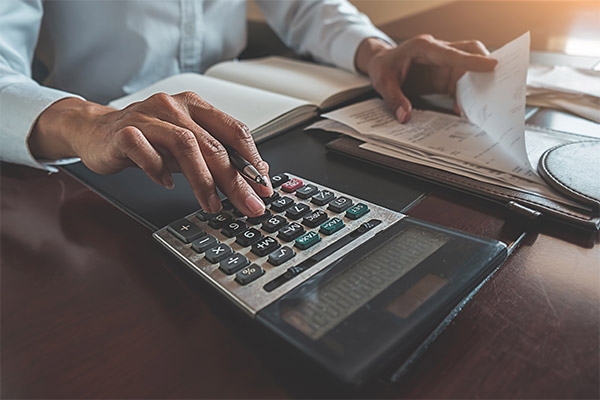