What Happens If You Get in an Accident with a Leased Car?

Crashing a leased isn't much different from crashing a purchased car, but it may add some complications. For starters, you may need to notify your leasing company depending on the terms of the lease.

The car you’re driving – but don’t own – sits by the side of the road dented, or, worse, undriveable.

It’s a lease and you didn’t read the terms of the lease that closely and now you’ve got a problem that needs solving.

Even if you’re leasing that car, you still own the fallout of the accident in much the same way you would had you purchased the car. In fact, in some ways leasing a car involved in an accident just adds more complications to an already confusing and challenging process.

It’s important to know what differences, if any, result from an accident in a leased car versus a car you’ve purchased. It’s good to know beforehand, but better late than never is the next best option.

Sometimes those differences don’t amount to much at all. But you’ll need to take precautions against more serious accidents than fender benders and sideswipes to ensure avoiding an out-of-pocket payoff.

If you don’t take those precautions, the other car in the accident or that wayward deer you slammed into on a dark night, might not be the only thing you didn’t see coming.

What Happens If You Crash a Leased Car?

If you get into an accident with a leased car, not much is different than if you had decided to instead buy the car.

In addition to calling your insurance company, you should know whether the terms of the lease require you to inform the leasing company immediately following an accident. Many do. Not all.

Toyota, whose leasing arm is Toyota Financial, does not mandate drivers to report all accidents but obviously expects the car to be returned at lease’s end in its original condition. It suggests drivers have their insurance companies contact Toyota Financial.

The terms of the vehicle lease may also stipulate specific locations for the repair work.

Some leases prohibit use of after-market parts in making repairs. From an insurance company perspective, a long-time agent tells me, “There’s typically no difference in claim handling (or) as it pertains to guarantees for use of OEM (original equipment manufacturer) parts should the lease require that.”

The insurance company would pay for repairs minus your deductible. The lease would stay in effect just as it would’ve had that distracted driver not changed lanes and ruined your day.

What Happens If You Total a Leased Car?

A friend who works at a dealership was driving a small car (a Toyota Corolla) the night he hit a large deer.

He never saw it coming. But based on the damage, he did foresee the insurance company’s assessment that the car – his wife’s lease – was totaled.

Fortunately, he carried gap insurance. Gap insurance is your protection against the insurance company’s valuation of a totaled car falling below the value the leasing company or bank puts on the same vehicle.

“I would’ve had to pay about $4,000 out of my pocket to cover the difference between my payoff and what the insurance company gave (me) value for,” he said, recalling the accident. “I had gap insurance which was separate (from regular car insurance). Everyone should have that on a lease.”

“The important thing to remember is that in the event a car is totaled (cost of repair exceeds the value) in an accident, (insurance companies) only owe the ACV (actual cash value) of the car at the time of the loss,” she said.

In other words, if you took advantage of low finance rates recently and financed the entire cost of a new car versus leasing one, you should have gap insurance, too, to cover the difference between the ACV and what you owe the bank if the car is totaled.

Leasing companies and dealers typically offer gap insurance at time of purchase. It’s wise not to dismiss it as just another extended warranty offer or protection the dealer recommends and wants to roll into your monthly payment. Not having it can cost you in the end.

What Are the Consequences of Not Having Gap Insurance?

Like my friend who hit the deer – or unlike him – not having gap insurance could mean you owe the leasing company thousands of dollars if the car is a total loss.

The leasing company might allow you to roll the amount you owe (the difference between the ACV and the lease contract price) into a new lease, especially if you’ve been a loyal customer.

Don’t confuse that with the cost being forgiven if that happens. It will be accounted for in the new lease. And now you’ll likely be financing that extra money which will cost you even more.

What If the Accident in a Leased Car Was Not Your Fault?

The theory goes that the responsible party should compensate you for your losses. In practice, it’s not always that simple.

The responsible driver may be underinsured or not insured at all. Or – as is more often the case – there might well be a determination of shared fault in the accident between drivers.

In those cases, bringing a legal claim may be the best option for covering costs and making yourself whole again. This is certainly the case if the leased car was defective in some way that contributed to the accident.

Depending on the circumstances and determination of negligence on the part of the other driver or leasing company, you could be the beneficiary of compensatory as well as punitive damages.

Returning a Leased Car After an Accident

While the terms of some leases might not require you to report every fender bender, you are required to have the car repaired and returned to its original condition.

Remember, the leasing company must disclose whether a car was in an accident when the vehicle is re-sold. It’s only right that you should disclose the accident to them. Just know, if you didn’t notify the leasing company, chances are the insurance company did. It’s best to avoid looking like you’re hiding something.

Accident or not, the car you’re turning in is going to go through an inspection at the end of the lease. The standard of “excessive wear and tear” applies, as always.

An accident won’t affect the outcome of the inspection if the repairs were handled properly.

A good way to avoid complications on the back end of a lease is to know its terms upfront and – in many cases – to contact an attorney experienced in dealing with leased car accidents and the complications that sometimes arise from them. 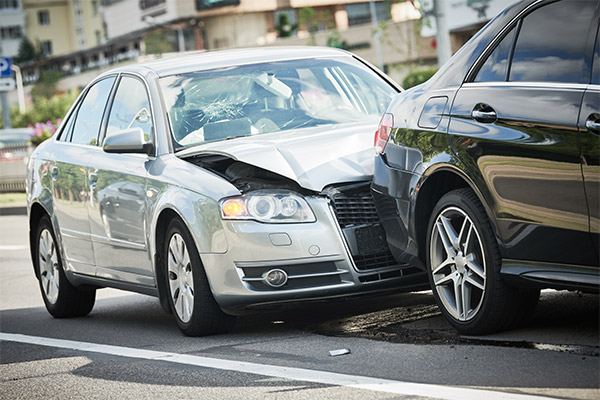 Home » Car Accident » FAQs » What Happens If You Get in an Accident with a Leased Car?