My Car Insurance Lapsed and I Had an Accident

Lapsed car insurance is the same as no car insurance. If you’re in an accident and at fault after your insurance has lapsed, you will likely be on your own when paying for damages.

If your car insurance has lapsed and you’re still driving, that makes you an uninsured motorist. That will be a problem if you’re at fault in an accident – or even if you’re not at fault.

In 44 states and Washington, D.C., drivers who are at fault must cover damages to the other car and medical expenses for those injured. If you are at fault and don’t have auto insurance, you may be sued to cover the costs and will have to find a way to cover your own costs, including fixing or replacing your car.

The reason doesn’t matter. Lapsed insurance is no insurance. Even if you’ve paid for 11 months on a policy then skip the 12th payment, those 11 months don’t count in your favor once the insurance policy is no longer in effect.

Once your insurance has lapsed, you can reinstate it, but it’s not retroactive. In other words, it won’t cover an accident that happened while you were uninsured.

If the other driver has uninsured/underinsured motorist coverage and you are at fault in an accident, their UIM coverage will pay their damages. But you will still be responsible for your own damages.

If the accident happens in a no-fault state, the only costs from the accident you may have to worry about will be your own. But just as with an at-fault state, you will still have to pay penalties for not having insurance, and your premium will likely go up.

What Happens in At-Fault States?

In 44 states and Washington, D.C., the driver who is responsible for causing an accident is “at fault” and must pay for damages. In some states, there is partial fault and damages are split. Most states have “comparative negligence,” which means either driver can argue that the other is partially at fault.

Drivers who are driving without insurance can be vulnerable to these arguments, since not following all the laws associated with driving can be considered when determining partial fault.

Insurance Lapsed and You are at Fault

If your insurance lapsed and you are at fault in an accident, it is the same as being an uninsured motorist. That means you still have to cover damages to the other car, as well as medical bills for the driver and any passengers who were hurt.

Since you don’t have insurance to cover it, the other driver or their insurance company may file suit against you, or you may have to surrender assets to help pay.

If the other driver had uninsured/underinsured motorist coverage, it will cover some of the costs of the damages and medical expenses. Their insurance company may sue you, however, to get their money back.

Insurance Lapsed and You are Not at Fault

If the other driver was at fault, they will be responsible for covering medical bills and accident damage for both their car and yours. In most states, fault can be shared. Since you were driving without insurance, which is against the law in most states, you may still be found responsible to some extent.

You will also be solely responsible for penalties associated with not having insurance, and many states have harsher penalties if you’re in an accident and don’t have insurance, even if the other driver is at fault.

What Happens in No-Fault States

In no-fault states, each driver is responsible for their own damages. In New Jersey, Kentucky and Pennsylvania, drivers have “choice no-fault.” This doesn’t mean they can choose whether to be found at fault or not, but rather can opt out of the state threshold for filing a lawsuit against the other driver and sue no matter what the amount of damages are.

Even if your damages and medical expenses are covered, if you don’t have insurance and are at fault in a no-fault state, you may not be able to sue for damages – four no-fault states are among the 11 states that have no pay, no play laws that don’t allow uninsured motorists to sue for certain types of damages. Each of these states has different rules for what qualifies.

Penalties for Driving Without Insurance

People drive without car insurance for many reasons. Maybe you can’t afford it or missed, or were late on a payment.

If you miss a payment, most insurance companies allow a grace period, anywhere from three to 10 days, to get it to them. They’ll send you a warning that your policy is being canceled. Once it’s canceled, you are no longer covered if you are in an accident. If you reinstate your policy, it won’t cover an accident you had while you were not insured.

Driving without car insurance can cost you money, even if you’re not in an accident. People who don’t comply with car insurance laws in their state face fines, suspended licenses and registration, and even jail time. When you reinstate insurance after letting it lapse, you will likely have to pay a higher premium – the average increase is 10%.

Fines for driving without auto insurance range from $30 to $5,000, depending on the state. But just because a fine is low doesn’t mean the consequences aren’t high. In Florida, for instance, the fine is $30, but you also lose your license, registration and plates if you are caught driving without insurance.

Many states require “high risk” drivers, including those who have been cited for driving without insurance, to get a form known as an SR-22 attached to their insurance. An SR-22 (FR-44 in some states), shows that the driver is covered for liability in case of an accident, and can more than double the cost of your insurance policy. 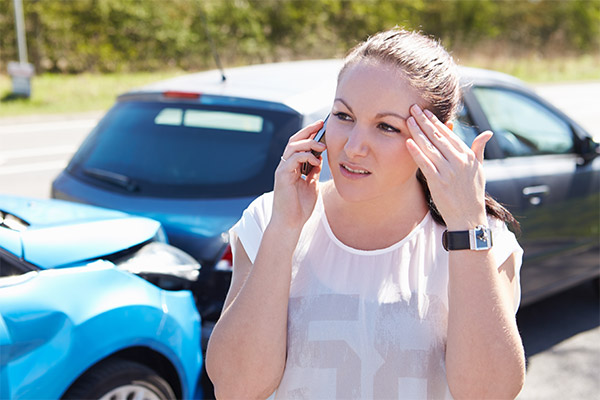