How Long Do You Have to Report a Car Accident?

Your insurance policy will provide guidance on when you need to report an accident, typically requiring you to act “promptly.” Not filing a report with police is a misdemeanor in some states and could result in a fine. State laws are the final word on filing claims and lawsuits, and the statute of limitations vary anywhere from one year to six years state-to-state.

Making clear-headed decisions is often a challenge following a car accident, especially when you’re trying to sort out what exactly happened, who was at fault and whether anyone suffered an injury requiring immediate medical attention.

This can even be true in car accidents where the extent of bodily injury or property damage isn’t immediately obvious, and/or the involved drivers aren’t sure the extent of the accident warrants getting insurance companies, or the police involved.

Assessing the need for medical assistance will always be the top priority at the scene of an accident. Calling the police is almost as important, assuming the collision amounted to more than a distracted love tap at a red light or stop sign.

What you should keep in mind in almost every other scenario is that quickly reporting an accident to the police is always advisable. So, too, reporting it to your insurance company.

But also know the statute of limitations that vary state-to-state allow you to file insurance claims and lawsuits months or even years after the fact.

How long you have to report an accident and file a claim is a simple question with a not-so-simple answer. An experienced accident attorney can help you understand the risks involved in delaying an accident report or claim, and help you become familiar with both your insurance policy and the laws governing each state.

How Long Do You Have to Report a Car Accident to Your Insurance?

Many insurance companies provide a general time frame for reporting an accident. Your policy may stipulate that you report the accident “promptly” or “as soon as possible.” Some might specify reporting the accident within 30 days.

If you miss that time frame, the insurance company could invalidate your claim.

Remember, reporting an accident isn’t the same as filing a claim. So, you could report an accident promptly and file an insurance claim months later.

Why would you do that? Maybe it’s taken you some time to discover the scope and severity of body injury or property damage that incurred. Maybe the other driver offered to cover your damages and later reneged.

Just know a delayed claim may invite more scrutiny as your insurance company seeks to determine whether the damage or bodily harm happened as a result of a later event and not as a result of the original accident as you claim.

Missing the deadline for filing an insurance claim can result in your claim being denied.

When you keep in mind the information you’d need to file a successful claim – police report, eyewitness account, pictures of the damage, proof of pain and suffering or loss of income, medical expenses – you see why quickly filing an accident report and collecting that information elevates the credibility of your claim.

How Long Do You Have to File a Police Report After a Car Accident?

You should file a report within 24 hours of an accident. If the accident exceeds $2,000 in damages, which even many minor accidents do, most state laws require a police report.

Filing a police report is an important component of insurance claims since it starts a paper trail. If you end up filing a lawsuit later with the help of an accident attorney, the paper trail is even more crucial.

In fact, the first thing your insurance company will ask – whether you reported the accident in the minutes following a crash or a month later – is if you filed a police report. Police reports are one tool insurance companies use to determine blame, and determining blame is the basis for compensation.

It’s expected in most cases that you’ll call the police from the scene of the accident. Twenty-five states require you to file a police report “immediately.” Almost all other states give you from three days to 30 days. Ohio, one exception, allows six months.

Again, the easier you make it for insurance companies to review damage and accident reports the better your chances of recovering your losses. A police report is vital to that end. If your delay compromises an insurance company’s ability to process a claim, you’ll almost certainly hurt your chances of being properly compensated.

» More: How to Request a Police Report

How Long Do You Have to Report a Hit-and-Run?

The penalty for leaving the scene of a hit-and-run accident varies state by state and by severity of the accident. Since the penalty could be anywhere from a second-degree misdemeanor to a second-degree felony, stopping and calling police is a must.

If your car was hit and the other driver left the scene of the accident, it’s equally important to call the police immediately, especially if you can provide make, model and time of day information while it’s fresh in your mind.

That’s critically important in giving police a lead on a hit-and-run driver as is getting the names and contact info of eye witnesses.

The statute of limitations on legal liability for a hit-and-run claim or subsequent lawsuit is basically the same laws that govern other accidents. As always, filing a report as soon as possible is in your best interest.

If your car was hit while parked in a street overnight and you don’t immediately see the damage, try to assess the time of day and location of the accident and file a report immediately.

Let’s say you file a police report at the scene of an accident. A month later, you file an insurance claim and that claim gets delayed in a dispute over which driver was to blame. Cases involving multiple drivers and multiple insurance companies could significantly slow a resolution.

How long do you have to file a lawsuit after such an accident? That’s when you need to know the deadline for legal liability that varies state by state.

Be aware some of those states may have different time limits for filing a bodily injury claim versus other claims, including property damage/collision or comprehensive (stemming from theft or vandalism).

In 42 states, the time limit for bodily injury lawsuits is one-to-three years and a like number for property/collision/comprehensive.

A few states are outliers. Maine and Minnesota for instance, allow six years. On the short end, Nevada, Kansas, Kentucky, Louisiana and Tennessee set their time limit at one year.

Given the many variables involved – in insurance company policies, accident types and state legal liability laws – contacting an experienced accident attorney as early as possible is often your best avenue for navigating what can be a lengthy and complicated process.

» More About: Statute of Limitations for Car Accidents 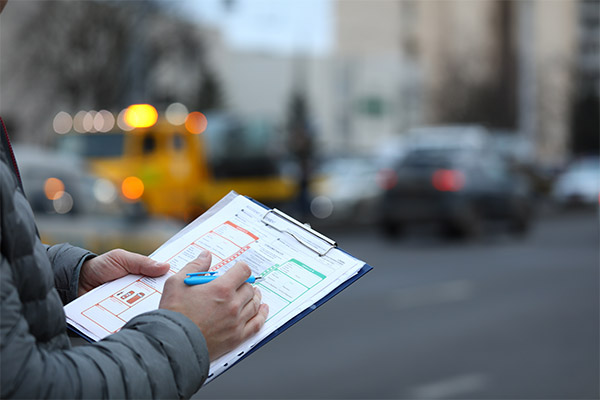