Gap insurance is your best protection against still owing money on a loan after your car is declared totaled. You do have some options without gap insurance but they’re less than ideal.

A driver – we’ll call him Robert – bought a new car last November. Since most of his driving is local and doesn’t involve a daily commute, he wasn’t worried about the car outliving its usefulness before he could pay it off.

So he took advantage of a 1.50%  interest rate on a 75-month loan and financed the entire amount, minus his trade-in. He decided he’d rather keep any down payment money in an interest-earning account. And since gently used cars are holding their value (and more) these days, he turned down the gap insurance that might help pay off his loan if his car was totaled in an accident.

So far, so good. But 75 months is a long time. Car values depreciate. Accidents do happen.

What can he expect from the insurance company if he totals the car while still paying it off?

If insurance declares the car a total loss and he owes more on the loan than what they want to give him, can he contest the insurance settlement offer?

What if the accident isn’t his fault? The other driver’s insurance pays for property damage in that scenario. Does that make a difference in the car accident settlement?

Totaling a Financed Car with Insurance

You can carry full coverage – comprehensive, collision, liability – and it typically only pays up to the actual cash value (ACV) of your vehicle should you suffer a total loss.

Now, take the scenario where the insurance company determines the ACV at  $25,000 but you still owe $30,000 on the loan. The most viable protection in that case is gap insurance. Without it, that $5,000 difference becomes an out-of-pocket expense.

Car Totaled with No Gap Insurance

“If a vehicle is totaled in an accident and the owner does not have GAP (guaranteed auto protection) insurance coverage, then the owner of the vehicle will likely be responsible for the remainder of the loan still owed on the vehicle,” said Brett Chambers, an attorney with the firm Harris, Preston & Chambers in Logan, Utah.

Likely, as in almost certainly.

“You are responsible for the difference between what you owe and what your car is worth, and if you didn’t buy GAP coverage, you’re out of luck,” said Melanie Musson of CarInsuranceComparison.com. “Filing a lawsuit to recoup the difference won’t do you any good.”

So, what can you do if you’re “upside down” on a loan? You do have a few options, although they’re not ideal.

Here are your options: You could contact the lender and ask about folding the amount you owe on a totaled car into a new car loan on the replacement vehicle.

You could also contest the insurance company’s decision to total the car, realizing the company’s reasons for reaching that settlement number could be self-serving – according to Emma Gordon, founder at USSalvage Yards.

Gordon says insurance companies determine a car is a total loss when the repair costs are at least 50 percent of the car’s total value before the accident. (The formula varies by state.)

She says there is often money in declaring a total loss for the insurance companies, which they make from the salvage yard after paying your settlement (minus the deductible, of course).

“Both the driver that has gap insurance and the one that doesn’t have gap insurance can contest (the insurance company’s settlement) by getting one of their own databases to determine value,” she said. “If the local insurers are not satisfied with your findings, you can involve the state representative to conduct an investigation.”

Contacting an experienced accident attorney for a free consultation can help you determine if you have grounds to pursue legal action.

Totaling a Financed Car without Insurance

If you thought your remedies for being upside down on a loan were few without gap insurance, they’re pretty much non-existent without any insurance or only liability insurance.

It’s against the law to drive without car insurance in 48 states (Virginia and New Hampshire are the exceptions) and also just short of impossible to get a car loan without it. If you’re carrying a loan, let your insurance lapse, then total your car, you are on the hook for paying off the lender.

Some will want full payment immediately. Others may allow you to set up a payment plan, but in either case you’re responsible for the amount remaining on your loan.

And that’s just if you’re in a single car accident without insurance. You also would be responsible for damages and medical bills for the other driver in an accident you caused.

Full disclosure: I’m the Robert who bought the car last November. My insurance company (State Farm) doesn’t offer gap insurance. So it was never mentioned when I called to switch coverage to the new vehicle.

After so many years of driving and never being in an accident, I turned down the gap insurance offered by the dealership. It’s a risk I feel somewhat comfortable taking because I can limit my exposure to heavy traffic and poor weather conditions for the most part. But a risk nonetheless.

In researching this story, there’s no doubt gap insurance is the surest way to protect against your car loan getting turned upside down – along with the rest of your world after a major car accident.

FAQs About Totaling a Financed Car

If your car is totaled, do you still have to make payments?

If you totaled the car and still owe money on it, yes, you would keep making payments. The insurance company has no obligation to pay off your loan, only to pay you (or the lender) the actual cash value (ACV) of the car at the time of the accident.

Can you refinance a totaled car?

Typically, banks won’t allow an outstanding loan on a totaled car. They may agree to transfer the amount you owe on the existing loan to a new loan on a replacement car.

Approximately two-thirds of states require that insurance companies to pay for sales tax after an insured driver replaced a damaged vehicle with a new or used vehicle.

It’s best to check the laws in your state and to ask your insurance company about their policy as it relates to sales tax.

Can you keep a financed car if it’s totaled?

Often the vehicle found to be a total loss would go to auction or the salvage yard. The insurance company then keeps the proceeds of that transaction.

But – depending on state law – that’s not always the case.

“If you don’t think your car’s damage is significant enough to warrant it being totaled, (you might) buy the car back from the insurance company and pay to have repairs made from your insurance settlement,” said Musson.

Some insurance companies will bypass that auction/salvage process and turn the car over to the insured driver looking for a buy back. The ACV that insurance pays in the settlement would be minus what they’d get at auction or in salvage.

Some states don’t allow you to buy back a car declared totaled unless the damage incurred was something like a hailstorm that didn’t affect the operational safety of the car.

In the event you can buy back the car and repair it, beware that there might be strings attached that don’t make it worthwhile.

If the buy-back means you will carry a “salvage title” on the car, some insurance companies won’t insure a car with a salvage title. In some states, you may have to get a state police inspection of the car you rescued from salvage before it’s declared roadworthy again. 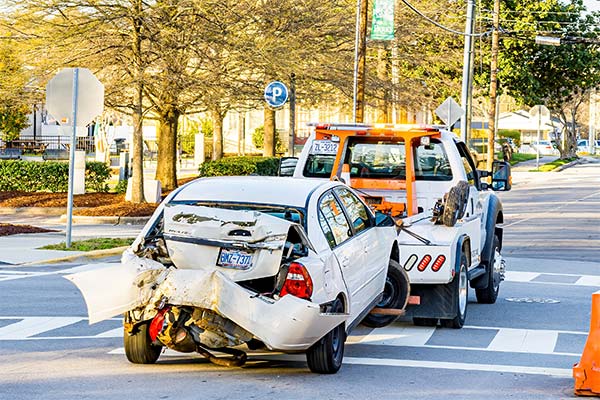