Can I Lose My House Due to an At-Fault Car Accident?

Lots of factors play into what’s potentially at risk when sorting out liability for a car accident. But under certain circumstances, everything, even the family home, could be lost.

As if the shock and horror of a serious traffic collision wasn’t bad enough, if you’re the driver who was at fault, when it comes to trying to make the victims whole — financially, anyway — things can go from bad to worse.

Under certain conditions, all your assets may be at risk, including the family home.

As in virtually any legal situation, it’s hard to predict the outcome until all the facts (even who’s at fault, a decision for insurance adjusters) are presented. Until then, whether your home could be claimed comes down to this: It depends.

All these and other mitigating factors aside, for purposes of this article, be aware that an at-fault driver’s house could be at stake. Yow!

“A plaintiff can seek to recover compensation from a defendant for all damages incurred, which can easily go above whatever insurance coverage you may have” says Los Angeles-based personal injury attorney Miguel Custodio.

“This leaves personal assets, such as your house, vulnerable.”

Attorney Custodio assumes you have insurance. Because, after all, driving without coverage isn’t just illegal in all but Virginia and New Hampshire (where motorists can apply for a waiver or pay a fee), it’s downright foolhardy. If you’re driving without insurance and you have any valuable assets, including an equity-rich home, you’re asking for heartache.

Minimum coverage mandated by the state where your car is registered, isn’t such a great idea, either. Maintaining a policy with just $15,000 in liability coverage may make your presence on the road legal, but in a serious crash, your coverage will be exhausted in the first hour of emergency room care.

Your assets, including your house, could be targeted next.

Consequences of an At-Fault Car Accident

Once insurance company adjusters settle who’s to blame for an accident, the sorting of financial responsibility begins. At this point, all parties are stuck with the coverages they had at the moment the crash occurred.

And, potentially, everything is on the table.

“Anything that you have as an asset is at risk if you’re at fault in a car accident,” Custodio says. “Even if you do have insurance to act as a buffer, if your policy is not enough to cover their damages, the plaintiff can go after you directly instead of through the insurance coverage.”

Ready for this? Custodio continues: “In some cases, there are times where the plaintiff will get both the insurance policy and they’ll get a personal contribution from the defendant.”

Long story short, then, make certain your coverage matches what otherwise could be claimed in a civil damages lawsuit.

“At the end of the day, you can never have enough insurance,” Custodio says. “It just depends on what you can afford to pay [in premiums] and what personal assets you have [to protect] that would be in jeopardy in the event of a bad accident.”

One protection insured motorists absolutely should not ignore, Custodio says, no matter how sterling their driving record may be: If there’s more than one insured vehicle on the household policy, pay the few extra dollars for “stacking” insurance.

Under stacking, your vehicle’s liability and underinsured motorists coverage is equal to the combined coverage of all the limits of the vehicles on your policy. For instance, opt for stacking and $100,000 in liability becomes $300,000 if you are at-fault in a crash and have insured three vehicles.

If you’re underinsured, filing for bankruptcy may put your threatened assets beyond the reach of a personal-injury and/or property damage lawsuit. When the bankruptcy is discharged, the lawsuit debt is eliminated; the case will not continue.

Consider bankruptcy a final act, Custodio says. It’s a desperate decision that will hold your personal finances hostage for years. Better to let the insurance company attorneys (or an attorney you hire) sort it out.

Defending Against an At-Fault Car Accident

If, by remote chance, you’re here for knowledge and not after-the-fact guidance, here’s what NOT TO DO after you’re involved in a crash:

Good people get into accidents, too, but despite their desire to be earnest at all times, they should refrain from saying anything to anyone that casts a particular light on the seconds before the collision. Not without first talking to a lawyer.

Also, no matter how apparently clear-cut the circumstances, avoid representing yourself. In most cases, insured motorists will be represented by the insurance company’s legal team. Let them handle the civil lifting.

“Lawyers will defend clients who are at fault in a car accident by trying to weaken the plaintiff’s case,” Custodio says. “In this case, since their client is at fault, the lawyer is mainly trying to minimize the damages. You can bring in other defendants to help limit exposure if the facts justify it.”

Once the crash happens and the meting out of justice begins, all aspects of the participants’ financial conditions are frozen as they were the instant before the collision.

“After you get into an accident where you’re at fault,” Custodio says, “anything you do after to protect your assets from being targeted can be seen as potentially fraudulent.

“For example, if you own a house and after your accident, you change it into someone else’s name, you would be putting yourself in hot water.”

Do the smart thing: Make sure you and your interests are represented by legal counsel. Consult first, of course, with the insurance company’s lawyer(s). But there’s nothing wrong with seeking a second opinion, and most attorneys will provide a consultation at no cost.

The home you save may be your own. 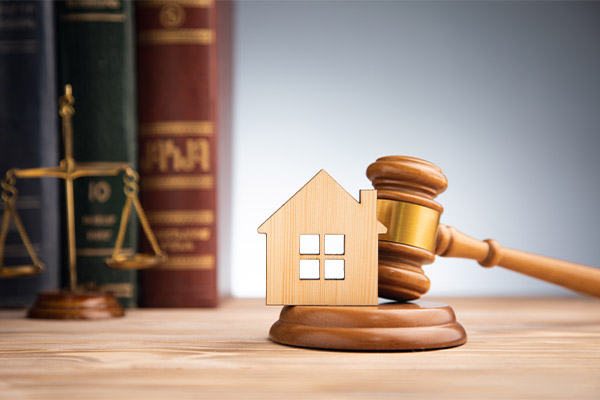