What Happens if Someone Sues You After a Car Accident?

The attorney appointed by your insurance company will contact you to request any accident information and evidence you have collected and will likely pursue a settlement with the plaintiff. A free consultation with an experienced accident attorney can help you decide if you need personal legal representation.

You made the best of a bad situation by calling the police and trading insurance and contact information with the other driver in a car accident.

You quickly called your insurance agent, and soon after, smartly took advantage of a free consultation with an experienced accident attorney concerning your rights and obligations as a party involved in a car accident.

Next thing you know, you’re being sued by the other driver. Why?

Certainly, being the target of a lawsuit means the plaintiff believes your negligence was the primary, if not sole, cause of the accident. And that they believe they can prove it.

Beyond that, maybe the other party in the accident underestimated the extent of injuries weeks or months later, their medical bills are growing beyond what insurance will cover and they are seeking compensation for lost income and/or pain and suffering.

Whatever the reason, it’s important to know what happens if you lose a car accident lawsuit and whether the insurance company or the driver being sued is on hook for the judgment if the case goes to trial.

The short answer is that your insurance policy affords you protection and most often that insurance provides compensation, but it is capped by the limits on the policy.

You could be responsible for damages in excess of the policy limits. And, in the event you don’t have liability  insurance or are driving a car with insurance you’re not named on, you can be held personally liable for all damages.

That doesn’t mean you don’t need to take steps to protect yourself, or that you can assume the other driver will settle a suit brought against you.

Your insurance company has a vested interest in the terms of compensation since your liability coverage requires it to pay medical expenses, property damage and other expenses related to the accident. If a lawsuit is filed, your insurance company will retain legal counsel to defend the lawsuit.

You always have the right to hire your own lawyer. A free consultation with an experienced accident attorney would determine the best option for you. There may be times when hiring your own lawyer is in your best interest. Just know the cost comes out of your pocket.

What If You’re Being Sued and Don’t Have Insurance?

If you’re being sued after a car accident and you were driving without valid insurance, you could pay the price all the way around. First, since it’s illegal to drive without liability insurance, the state could impose penalties equaling hundreds of dollars or more.

You could end up with your license being suspended or revoked for anywhere from a few months to a year.

You can be sued for all damages, including medical bills, lost wages, property damage and physical and mental pain and suffering.

What if you can’t afford to pay the damages sought? If the case goes to trial and a judgment is handed down against you, the injured party has a number of options to try to get that judgment satisfied, including the possibility of wage garnishment, money from a savings account and liquidation of non-exempt property.

What Happens During a Car Accident Lawsuit?

Once a lawsuit is filed, you can expect to hear from the lawyer your insurance company has retained to fight the legal action.

Be prepared to provide details of the accident and any evidence you gathered at the scene. The possibility of a lawsuit or a contested accident settlement is why it’s so important to gather as much information as possible at the time of the accident, such as

It’s the responsibility of the attorney in charge of your case to engage in discovery with the other party. If contacted by the plaintiff’s attorney, refer all questions to your insurance company’s lawyer.

After discovery, the ensuing negotiations often end in a settlement for reasons already mentioned. It’s the less costly path for both parties.

If the case isn’t settled and a trial follows, you might well be called to testify. A jury would then decide who caused the accident, whether your negligence was the sole factor or if contributory negligence should be assessed to each party.

Just know that the judgment is not subject to further negotiations.

What Can They Take If You Lose a Car Accident Lawsuit?

Your insurance company will pay for damages to the other party, but only up to the capped amount specified in the policy.

For instance, bodily injury costs exceeding a policy’s $50,000 limit or property damage costs in excess of its $25,000 limit are your responsibility and could result in putting your assets in danger if you don’t have the means to pay out-of-pocket.

Any assets you have could become fair game, with the exception of retirement accounts. But vulnerable assets include your home. That’s yet another reason you should consult an experienced accident attorney for a full understanding of your financial obligations.

What If You Have No Assets?

In reality, an attorney assessing the financial wherewithal of the defendant in a liability case is likely not going to vigorously pursue cost recovery if the person being sued has no means of paying.

But having limited assets or no assets is not a get-out-of-jail free card. Court judgments don’t just go away. A court judgment can stand for as long as 20 years in some states. The assets of many people, if not most people, develop and grow over time. So, the asset-free status you might have today, likely isn’t permanent.

Compensation in most car accidents is quickly decided between insurance companies, whose goal, after all, is to limit their costs. Even in contested cases that result in lawsuits, settlement is most often the best option for all involved.

But your best protection in navigating these choppy waters might well be a free consultation with an experienced attorney who can explain your rights as well as your responsibilities. Not to mention explaining the known as well as the unseen complexities arising from car accidents. 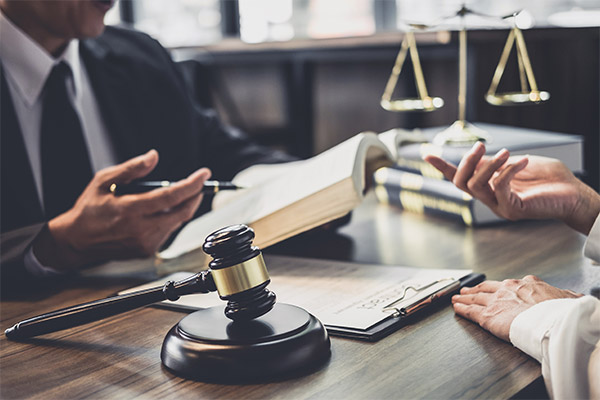