What Happens If You Get in a Car Accident with a Permit?

When a driver with a learner’s permit gets into a crash, there could be consequences for both the driver and the parents or guardian, including higher insurance rates.

There’s a reason those learning to drive have a restricted license – usually called a learner’s permit – they don’t have enough driving experience, which can be a dangerous and deadly activity. That said, even learning drivers are expected to follow the rules of the road and exercise caution and common sense.

So, when a driver with a learner’s permit gets into an accident, if they are at fault, there likely will be consequences in the journey to become a fully licensed driver. Depending on what caused the accident, whether they were violating requirements of the permit, and more, the consequences may be serious.

Their parents or guardian likely won’t be off the hook either. It’s almost a certainty that their insurance rates will increase. If the accident is more than a minor fender-bender, the parents too can face legal consequences.

Consequences of Getting into an Accident with a Learner’s Permit

Every state has different laws and restrictions regarding drivers who have learner’s permits and insurance companies have their own rules.

No matter what the state and what the insurance covers, a driver with a learner’s permit, as well as the insurance policy holder, could face consequences if the driver is in an accident.

There are insurance consequences. Most drivers who have a learner’s permit are covered by their parents’ auto insurance, though some may have their own. The policy-holder likely will pay higher insurance rates if a driver with a permit driving their car gets into an accident.

Some of the most common consequences, depending on the circumstances of the accident, include:

Melanie Musson, a car insurance expert with CarInsurnanceComparison.com, said a crash almost always leads to higher insurance premiums, even if the permit-holder wasn’t added as a driver to the car that the policy covers. “Even if the permit holder isn’t listed, the crash will go on the policyholder’s claims history,” Musson said. “So, if your child is involved in a crash, you can expect your premiums to increase.”

Crashing While Driving Alone with a Permit

If the driver who has a learner’s permit is driving alone, this raises the stakes. Every state requires those holding learner’s permits to have a licensed adult driving sitting next to them. In almost all cases, driving alone means violating the rules of the learner’s permit. Depending on the state, this can mean permit suspension, fines, extension of length of time it will take to get a driver’s license, a misdemeanor charge, or other penalties.

If the learning driver is on their parents’ car insurance, it will have even more of an impact on rates. Insurance rates are based on safe driving, and violating the rules is considered an indication that the driver isn’t safe.

“The situation gets tricky when a permit holder violates requirements and gets into a crash,” Musson said. “Your insurance company could deny coverage for the accident. There’s not a standard way an insurance company will deal with this situation. Some companies will cover it just like they would in a typical case, and others will deny coverage.”

Crashing While Driving with an Expired Permit

If the learner’s permit has expired and the driver is in an accident, he or she is considered to be driving without a license and will be subject to the penalties in their state for that charge. This, too, will increase the insurance rates of the person who owns the car.

How Long Does a Car Accident Stay on Your Record When You Have a Learner’s Permit?

Insurance companies and the law also take different views on how long a car accident stays on your record if you have a learner’s permit – or a regular license.

Legally, depending on the state, the accident will stay on your record for three years for a minor accident, with longer terms for accidents that involve violations. A hit-and-run or driving under the influence can stay on a driving record for a decade or more.

Insurance companies have their own rules. How long the accident will be a factor depends on what’s covered by the policy, as well as the driver and the situation. Some insurance companies offer “accident forgiveness,” either as part of the policy or as an add-on. This doesn’t mean, however, that all accidents are forgiven.

In most policies, it applies to the first accident claim on the policy. So, if there’s already been a claim, the provision may not apply. Drivers under a certain age sometimes aren’t covered. There are other stipulations, too – many require the driver have a clean record and that there were no driving violations in relation to the accident. So, if the driver with the learner’s permit was violating any aspect of the permit when the accident happened, accident forgiveness likely won’t kick in.

Accident forgiveness also only applies for insurance. An accident will stay on a driver’s legal driving record for however long state law calls for. That means when the driver gets his or her own insurance, it likely will have an impact on the rate.

Who Is Responsible When a Driver Crashes with a Learner’s Permit?

Parents may be surprised to learn that if their child is at fault in an accident, depending on the state they live in, the parent can be held legally responsible even if they weren’t in the car. In some states – Florida is one of them – a parent must sign off on a learner’s permit for drivers under the age of 18. This means they’re responsible for what happens when the child is driving. That means if the parent who signed the permit doesn’t have auto insurance, or if the child isn’t covered by their insurance, the parent who signed the permit is responsible for damages.

If the driver with the permit is 18 or older, or lives in a state that doesn’t require a parent or guardian to take responsibility, the driver is responsible. That said, if the child is driving a car covered by the parent’s insurance, the insurance will likely cover the accident.

If the driver was in violation of their permit or driving the car without the owner’s consent, insurance may deny the claim. If the accident is a serious one, that may also end up being expensive for the parent.

“If the crash caused damage and injuries costing more than your insurance policy limits, the injured party could sue for damages,” Musson said. “They won’t be able to sue a minor for compensation, though, so they will have to bring the lawsuit against the parents.”

If the child is in another adult’s car, that further complicates things. If it’s a car belonging to a driving instructor, they have their own insurance, but that may not prevent a lawsuit if the driver was negligent. If the driver with a learner’s permit was driving a friend or relative’s car, rather than the one they’re covered by insurance for, a serious accident means even a more complicated responsibility scenario.

The parent or guardian of a child who is learning to drive can avoid an expensive lesson by making sure their child is covered by insurance, understanding what the coverage is and making the rules and consequences clear to the driver with the permit.

If a driver with a learner’s permit causes an accident that resulted in serious damages or injured other people, the parent or guardian of the driver would benefit from the help of a personal injury lawyer who can deal with the insurance companies and legal aspects of the case. 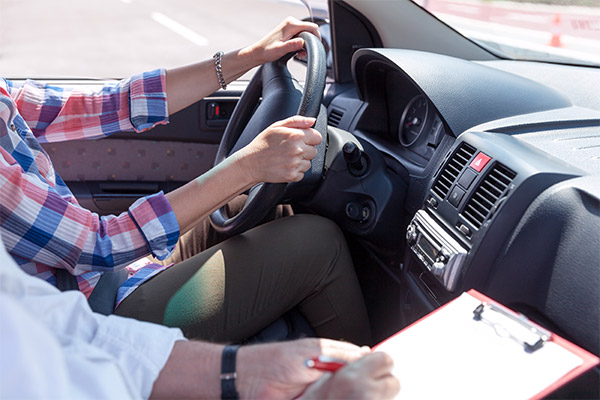